Design and the Elastic Mind

Yesterday, New York’s MoMA began an exhibition called Design and the Elastic Mind, which, according to their website, “focuses on designers’ ability to grasp momentous changes in technology, science, and social mores, changes that will demand or reflect major adjustments in human behavior, and convert them into objects and systems that people understand and use.”

In other words, geek art. Right up my alley.

Here are three works from the online gallery that particularly caught my eyes: 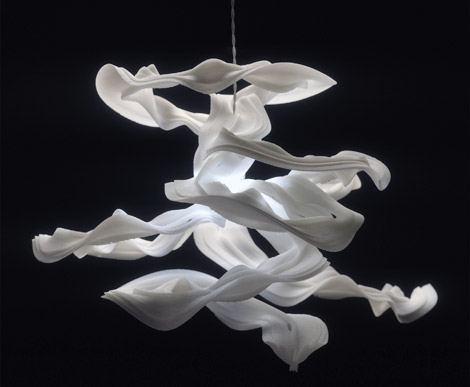 “Attracted to Light,” from the Long Exposure series, by Geoffrey Mann

“Attracted to Light narrates the erratic behavior of a moth upon the stimulus of light,” explains the designer. The trajectory is captured through cinematic technology and the echo of the path, materialized through rapid prototyping, forms a delicately poetic hanging lamp. The Long Exposure series, which features the trace of a bird in flight and the echo of another taking off and landing, captures the transient beauty of time and motion.

I usually cannot stand moths, but this piece is so fluid and beautiful. I love the fact that it resembles a high-end designer lamp, because the piece itself is centered around light: the moth swirling around a light source, and imagining the scene as captured through a long exposure camera. 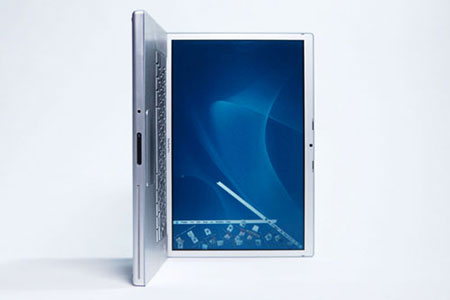 The Newton Virus applies the laws of gravity to computer interfaces, causing desktop icons to fall down as if subject to the earth’s gravitational pull. Troika is developing other computing viruses as “an under-exploited art form,” using them for poetic purposes far from their traditional destructive and obstructive goals. The designers invite anyone with programming skills and imagination to participate in this challenge through their Web site. 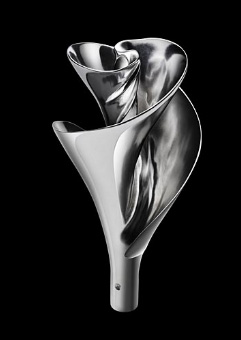 The Lily Impeller is a mixer “designed using the elegant and effective geometries found in natural fluid flow,” explains its designer. Its shape, based on the logarithmic curve known as the Fibonacci spiral found in nautilus shells and whirlpools, accommodates a centripetal flow of liquid with a little friction. As a result the device is capable of circulating millions of gallons of water with a minimal amount of energy. Used in municipal reservoir tanks, the mixer prevents drinking water from stagnating, reducing the need for disinfectant additives.

I’ve been fascinated with the Fibonacci spiral ever since reading about it in a textbook back in elementary school. And to use the spiral to streamline and make better a simple process, using crude metals nonetheless…genius!