I don’t follow fashion, so the only reason I was even aware that New York Fashion Week is currently underway is due to the Facebook feeds of my fashion-forward friends.

That being said, I stumbled upon a series of posts from the NYTimes Magazine Blog called Model-Morphosis and I couldn’t help but be intrigued.

Because who doesn’t like looking at before-and-after pictures of models, hoping that their “before” versions will at least resemble us mere mortals? (They don’t. They’re still gorgeous.) 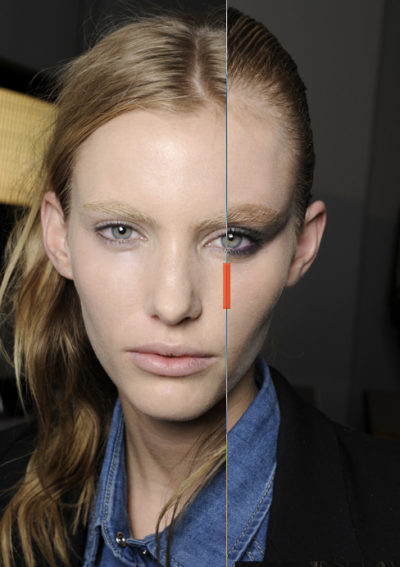 Perhaps it’s due to the fact that high fashion style is not always street-friendly, but in the majority of these photos, I much preferred the “before,” makeup-less looks.

This may sound hypocritical coming from someone who prefers to have at least some makeup on at all times, but it’s the truth. Anyone else feel the same way?

…And is anyone else having too much fun playing with the sliders?