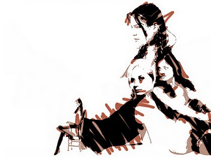 « Things to Tell Our Grandchildren
Résumé vs Reality »