We were extremely fortunate in the wake of Sandy. While the vast majority of our friends who reside in the area lost electricity, water, or both (a big thanks to social media for keeping everyone updated), we made it through the hurricane without much of a fuss, and are happy to report that we, as well as our family who live in the area, are all safe and sound.

Just how lucky were we? Our damage report only consists of two rooms that lost electricity (yeah…don’t ask me how the electricians wired this place) and a complete power loss for a mere 5 minutes last night. And I’m pretty sure that this short blackout was due to workers fixing whatever killed the electricity to the rest of our condo, because when the power returned, all the lights and outlets in those affected rooms began working again.

As was the case with Irene, all the bottled water and canned food we had purchased in preparation for the storm still sit unused. We never lost access to water, so the bathtubs and pots we had filled with clean water also went to waste. Gas was not an issue either, so we are able to remain warm in this cold front.

I doubt the girls even knew the most destructive hurricane in decades had just passed through the area — our household was that drama-free!

But like I said above, we were EXTREMELY lucky. Our condo building was one of the few in the area that still had electricity — even the apartment complex next door lost power! We were also just outside the flood zones; streets just a few blocks from us were flooded, and practically the entire city of Hoboken (which is a mere 5 minutes away) is still under water.

Additionally, J has been working from home since Monday, and will probably continue to do so for the remainder of the week, because his office is in downtown Manhattan and the majority of lower Manhattan is still without power.

We have also been hearing sirens and emergency workers working non-stop since the hurricane first hit.

Last night, I stepped outside for a few minutes to take some pictures of Manhattan from across the river. Despite the fallen trees and the plethora of traffic cones littering the area, there were many photographers out and about.

A shot of midtown Manhattan. Although I know that parts of midtown are still without power, its lights still looked normal to me last night. 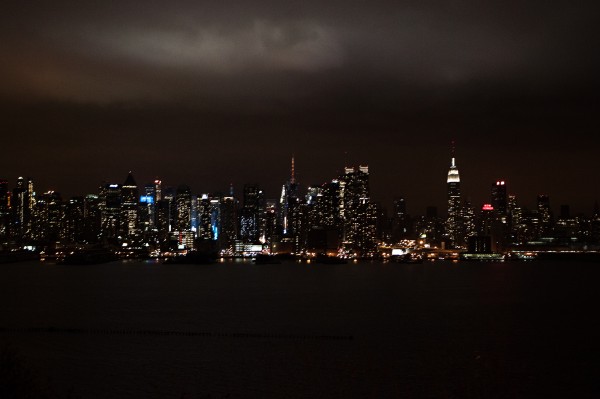 You can see the contrast between midtown and downtown in the picture below. I haven’t seen NYC look this eery since 9/11. 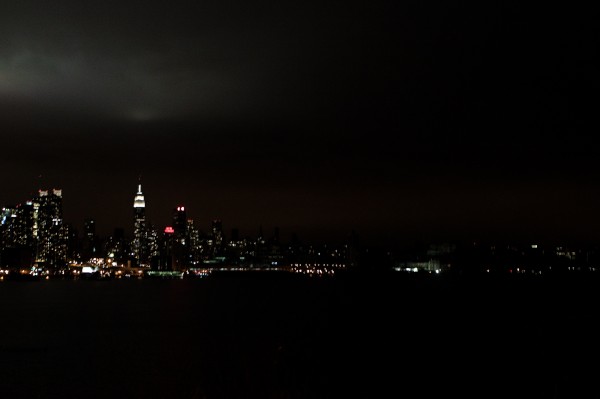 And lastly, one of downtown Manhattan. It looks like the southern tip of the island (just left of the bridge in this picture) had regained power as of last night. 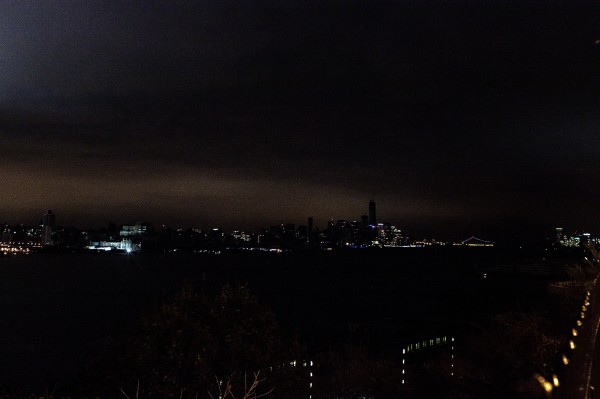 I wish I had brought a tripod — the non-grainy shots all came out blurry due to the slow shutter speed.

I hope everyone remained safe and dry throughout Hurricane Sandy, and that your loved ones are all accounted for. Do you have any Sandy stories to share?

4 Responses to “Hurricane Sandy: The Aftermath”