Last week, a (rightfully) proud father’s Facebook post went viral as he shared his 8th grade son’s homework. The assignment? To create an algebraic expression into a word problem. And his son Cody’s answer (with no help from his parents)? 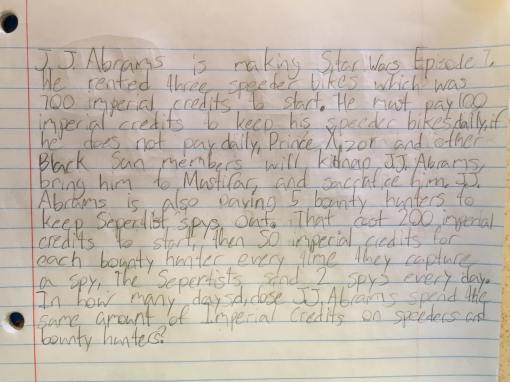 In case you’re having trouble reading the above, it says:

In how many days does J.J. Abrams spend the same amount of imperial credits on speeders and bounty hunters?

But wait — the story gets better! Because yesterday, it was revealed that J.J. Abrams not only responded to Cody’s homework, he solved it too! In a handwritten note that presents another question! 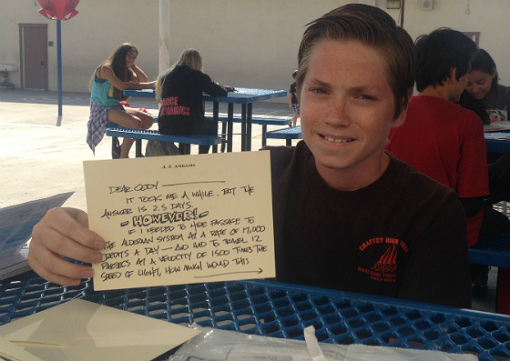 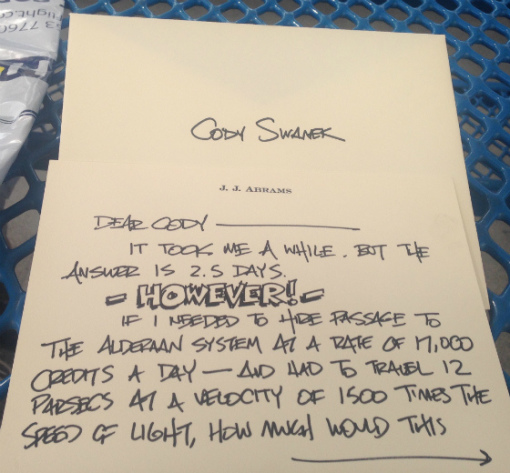 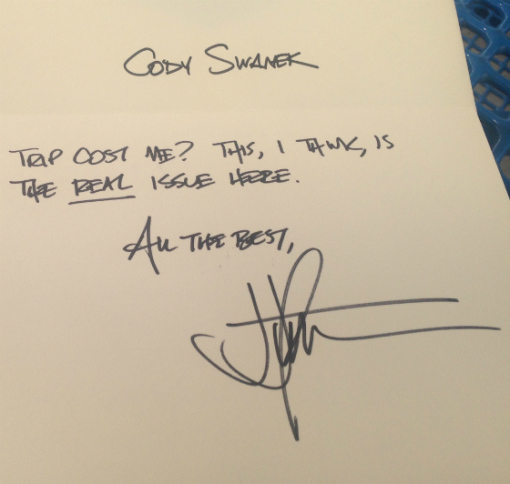 How psyched must Cody and his dad must have been to receive this surprise in the mail? And how awesome was it for J.J. Abrams to personally reach out to a young, enthusiastic fan?