Last week, I decided to watch Fifty Shades of Grey to see what all the hype was about.

Was it Oscar-worthy? Definitely not.

But it wasn’t the worst movie I had seen all year either. Or even this month. (But then, again, I’m known to purposely watch crappy movies from time to time just to get in a good laugh. 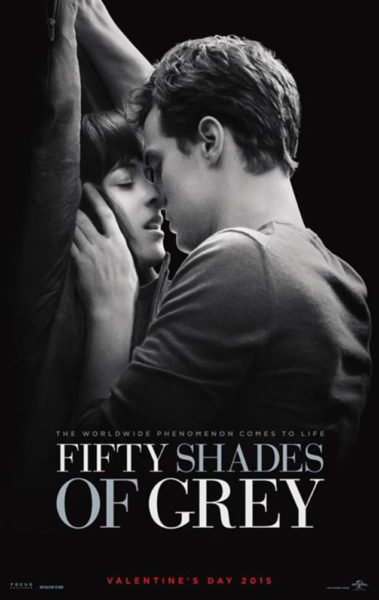 The answer was so very clear.

Into a completely unrealistic world where sexy billionaire falls for a plain jane and whisks her away to a life of luxuries and pleasure (and pleasurable pain).

“It seriously feels like 2 teenage girls got together and decided to create their ‘dream man’ and came up with Christian Grey.” (Read the rest of that Amazon review for a good laugh!)

Moreover, a world where someone else makes the choices for us. And in a day and age where women are faced with more choices than ever, and are often criticized or plagued with self-doubt about the choices we make, it can feel good to have those decisions taken away from us.

In other words, I understand.

I still refuse to read the book, though. I remember wanting to gauge my eyes out while struggling to get through the first Twilight book (I wanted to read it and finish it so that I can at least say that I gave it a try) because the writing was THAT BAD. In fact, did you know Fifty Shades started as Twilight fanfiction? And everyone I’ve spoken to who have read both series — even the fans! — tell me that I would hate the Fifty Shades books if I hated Twilight.

What did you think of the movie?

« What Do You Get When You Combine the Two Most...
My New Favorite Korean Beauty Products, Part 1 »