The following was taken from the blog of Randy Alcorn of Eternal Perspective Ministries. After reading his thoughts, I proceeded to thoroughly read The Manhattan Declaration and signed my support of its stance on Life, Marriage, and Religious Liberty. I encourage all fellow Christians, as well as my non-Christian readers, to take a look and give it some thought.

P.S. — I decided to show here Randy’s post in its entirety because I couldn’t agree with him more.)

The Manhattan Declaration, Christians, and Politics 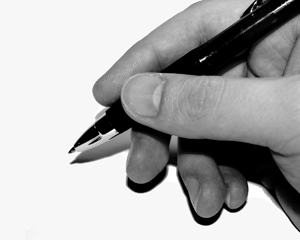 In light of the Fourth of July celebration of the founding of our country, I wanted to again bring attention to The Manhattan Declaration and encourage you to check out their website, manhattandeclaration.org. As I wrote in the blog I posted last year about the Declaration, I do not participate in many things like this, but both the content and the tone of this statement is something I wish to affirm. It expresses truth, but I believe it does so with grace. I especially appreciate the section of the Declaration that affirms the sanctity of human life, at any age.

I’m aware there are many Christian leaders—who I deeply respect—who have declined signing the Declaration, several of them among my Reformed brothers. However, there are many others who I respect who have chosen to sign, such as Tim Keller, Ravi Zacharias, Dr. Wayne Grudem, and Dr. Al Mohler, who gives this explanation:

“I signed The Manhattan Declaration because it is a limited statement of Christian conviction on these three crucial issues, and not a wide-ranging theological document that subverts confessional integrity. I cannot and do not sign documents such as Evangelicals and Catholics Together that attempt to establish common ground on vast theological terrain. I could not sign a statement that purports, for example, to bridge the divide between Roman Catholics and evangelicals on the doctrine of justification. The Manhattan Declaration is not a manifesto for united action. It is a statement of urgent concern and common conscience on these three issues—the sanctity of human life, the integrity of marriage, and the defense of religious liberty.”

Some believers might wonder how involved they should be in trying to influence moral change in our culture, or how much attention Christians should give to politics. I’ve attempted to answer that question in the video below.

How much attention should Christians give to politics? from Randy Alcorn on Vimeo.

6 Responses to “The Manhattan Declaration”