The Changing Face of Koreans

You probably presumed from the title of this post that I will be talking about plastic surgery.

Well, you’re partly correct. My intention behind this post is to share with you an article published in today’s WSJ: “The Changing Face of South Korea,” which discusses how Korean faces are changing over time — from tens of thousands of years ago to 100 years into the future.

) has taken 20,000 photographs and skull measurements, then factored in interracial marriage, plastic surgery, and nutrition in order to create the following “past,” “present,” and “future” pictures: 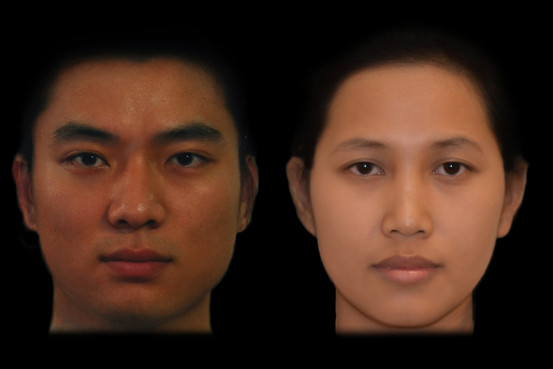 The Korea Face Institute’s assessment of a typical Korean face in 12,000 B.C. 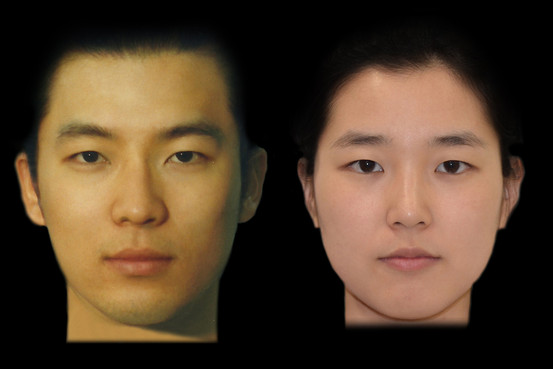 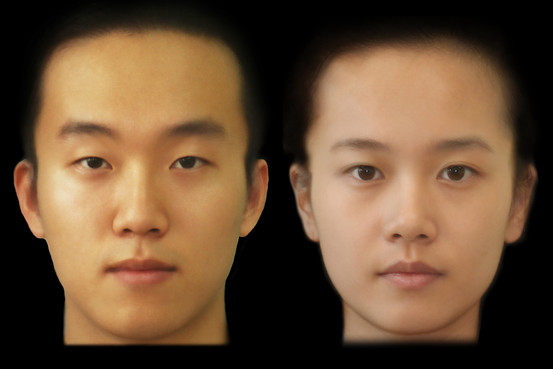 What the natural Korean face may look like in 2100

According to the Korea Face Institute, the typical Korean in 12,000 B.C. had a more circular face with southern mongoloid features.

And with the influx of Southeast Asians in recent years, which is expected to rise even more, the future Korean face will feature thicker eyebrows and a wider forehead for men. Additionally, scientists predict that the majority of women will have double eyelids.

What do you think? Does the forecast seem plausible?

It’s funny, because I don’t think I look much like the average Korean face in the “present” picture above, yet most people are able to guess my ethnicity correctly.

(In comparing Korean, Japanese, and Chinese facial features, the general consensus seems to be that Korean people tend to have flatter faces with higher cheekbones and smaller eyes. Japanese people have longer face shapes with lower cheekbones and more angular facial features. Chinese people tend to have rounder face shapes as well as rounder facial features overall. However, due to the sheer size of China and its multi-ethnic makeup, it is much more difficult to generalize.)

If you’re Korean, how closely do you resemble the typical Korean as seen in the “present” picture above?

Do you have the facial features that are considered typical for your ethnicity?

« My Korean Skincare Routine: An Update
12 Shoes for 12 Lovers »

2 Responses to “The Changing Face of Koreans”