Some people have way too much time on their hands…but they do keep life interesting for the rest of us!

Since taking delivery of my pen I have been very happy with the quality of ink deposition on the various types of paper that I have used. On the first day when I excitedly unwrapped my pen (thanks for the high quality packaging Amazon!) I just couldn’t contain my excitement and went around finding things to write on, like the shopping list on the notice board in our kitchen, the Post-it notes next to the phone, and on my favourite lined A4 pad at the side of my desk.

My pen is the transparent type with a blue lid. I selected this one in preference to the orange type because I like to be able to see how much ink I have left so that I can put in another order before I finally run out.

When the initial excitement of taking delivery of my new pen started to wear off I realised that I shouldn’t just write for the fun of it, this should be a serious enterprise, so by the second day of ownership I started to take a little more care of what I wrote. I used it to sign three letters, and in each case was perfectly happy with the neatness of handwriting that I was able to achieve.

I have a helpful tip for you that you might not know about – if you let the ink dry for a few seconds you can avoid the smudging that sometimes happens if you rub the ink immediately after writing. Fortunately the ink used in this particular Bic pen seems to dry very quickly.

On the third day of ownership I went on a trip to London and took my pen carefully packed away in my brief case, but I needn’t have worried, this isn’t some temperamental ink pen that leaks when you store it at the wrong angle. I sat at my meeting and confidently removed the cap from my pen and it wrote flawlessly, almost immediately.

I notice that the barrel of the pen has been crafted very carefully to fit in the pen holder down the edge of my Filofax. It’s not so grippy so that it is hard to remove when I want to make a quick note, and yet not so loose that it falls out too easily when I open my Filofax in a hurry. Maybe the choice of surface texture on the pen has some part to play here, because it seems that the inside of the leather grip on the pen holder in my Filofax has just the right level of adhesion that I can be confident when I need to reach in and get my pen it’s going to be just where I left it!

Today is the fourth day of ownership of my pen, and I have to say I’m starting to treat it like an old friend. I walk around the office with it clipped in to my shirt pocket and someone in the accounts department actually asked to borrow it while we were both standing at the photocopier. Would you believe it, they actually tried to walk away with my pen! They were very embarrassed when I called after them as they walked down the corridor and asked for it back. You will be happy to know that it is now back, safe and sound in my top pocket, ready and waiting to start writing again.

In summary, I would happily recommend this pen to anyone who is planning on writing on paper. If you are considering a writing implement for some other surface such as writing on a CD, or other non-porous substances then another pen might be better suited, but if it’s just plain old paper then I think you will probably be well served by this particular model.

(review since removed from Amazon, this review found at BSAlert)

The Holy Bible tells the story of, well, everything. It begins with the creation of All That Is, and ends with Judgment Day (though it’s pretty different from the one they showed in “Terminator 2”). It’s split into two parts, one old and one new. This makes it easier to get through, sort of like “Lord of the Rings” or “Harry Potter” books. There’s all sorts of numbers to help you keep track of where you are, so you don’t have to worry about a bookmark.

The main character in the story is God, who made Earth and stuff. He sets a bunch of rules that he wants people to follow. At first, all the Angels do what he tells `em, but one gets fed up and quits. He is punished to Hell (it’s a real place, not a cuss word) and turns into Stan, which is a pretty cool part.

God next creates the first people, Adam & Eve (who have a catalog named after them now. Have you seen it? It’s awesome). They live in a garden and are all happy and such until Eve screws up and they get evicted. Same kinda thing happened to my brother and his girlfriend.

You also meet God’s son Jesus, who comes from above and lives with human parents. He goes around helping people, which is cool. Come to think of it, whoever wrote the Bible should sue the guys who make that show “Smallville.” It’s a total rip. Whatever. Anyhow, Jesus tries to be a teacher and show the world how to be good, but then bad guys show up and pound on him. If you want, you can see that in Mel Gibson’s last movie, but it’s pretty brutal. I don’t want to give away the ending, but in the book Jesus comes back to life to save the day. He rocks.

There’s tons of other great characters, like: Job (I’d love to know what his first name is), Noah, Lot, Lot’s Wife, Zeus, Hermaphrodite, and the Four Horsemen of Calypso.

Overall, I’d say the Holy Bible is defenitely worth reading. It’s really long and has some slow parts, but I liked it alot better than “Ethan Frome.”

Cool trivia: the Holy Bible is the basis of Christianity, one of the world’s most popular religions! 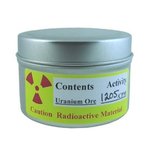 I had recently purchased a used car from my friend Dr. Emmitt Brown, and was told I needed to purchase nuclear material to enjoy the full benefits of the car. I saw this item on Amazon and thought I was in luck. Unfortunately, the use of uranium in my Delorean had some unforseen consequences. As I entered a California freeway, I knew I had to speed up to 90 MPH, or I would be run off the road. As I approached this speed, many weird things started to happen, and long story short, I was somehow transported to the year 1996. Knowing the past sports outcomes of the last decade, I went to Las Vegas and correctly predicted the winner of every World Series, Super Bowl, NBA Finals. Now, I am a billionaire and married to my childhood sweetheart, after I killed her husband. Thank you uranium ore, for making my dreams come true.

One Friday, Without the Milk, October 30, 2006
By Catherine Swinford

After a long hard week full of days he would burst through the door, his fatigue hidden behind a smile. There was an icy jug of Tuscan Whole Milk, 1 Gallon, 128 fl oz in his right hand. With his left hand he would grip my waist – I was always cooking dinner – and press the cold frostiness of the jug against my arm as he kissed my cheek. I would jump, mostly to gratify him after a time, and smile lovingly at him. He was a good man, a wonderful husband who always brought the milk on Friday, Tuscan Whole Milk, 1 Gallon, 128 fl oz.

Then there was that Friday, the terrible Friday that would ruin every Friday for the rest of my life. The door opened, but there was no bouyant greeting – no cold jug against the back of my arm. There was no Tuscan Whole Milk in his right hand, nor his left. There came no kiss. I watched as he sat down in a kitchen chair to remove his shoes. He wore no fatigue, but also no smile. I didn’t speak, but turned back to the beans I had been stirring. I stirred until most of their little shrivelled skins floated to the surface of the cloudy water. Something was wrong, but it was vague wrongness that no amount of hard thought could give shape to.

Over dinner that night I casually inserted,”What happened to the milk?”
“Oh,”he smiled sheepishly, glancing aside,”I guess I forgot today.”

That was when I knew. He was tired of this life with me, tired of bringing home the Tuscan Whole Milk, 1 Gallon, 128 fl oz. He was probably shoveling funds into a secret bank account, looking at apartments in town, casting furtive glances at cashiers and secretaries and waitresses. That’s when I knew it was over. Some time later he moved in with a cashier from the Food Mart down the street. And me? Well, I’ve gone soy. 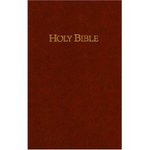 This book doesn’t work. I’ve tried the “praying” method to get a new Porsche 996 delivered but to no avail. There’s nothing in the instructions about not wanting German sports cars but I tried praying for less ambitious things. I gave up when it didn’t even get me a Big Mac. In the early part there’s a bit about people crossing the desert and being sustained by manna from heaven, so you’d think that it would be able to manage at least a hamburger.

I’m disappointed and will contact the publisher. In the meantime I can’t recommend this book as it is clearly faulty.