A couple of nights ago, I found a frozen, exploded beer in the freezer. 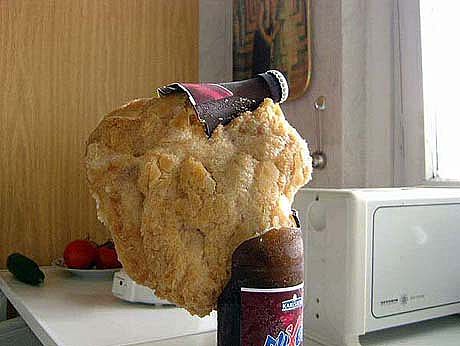 This isn’t a picture of our beer, but it is close (image via eBaum’s World). And luckily, no glass was broken – it was just the cap that popped open in our case.

While cleaning up the mess and grumbling at the hubs for leaving the beer in the freezer (he had left a few in there for quick cooling and missed one bottle when transfering them to the fridge), I decided to sample a piece of the frosty goodness.

I then thought, “This is awesome – how come no one sells beer popsicles?”

Then, geniunely excited that I had thought up a million-dollar idea, I hit the interweb just to make sure it hadn’t been done before. 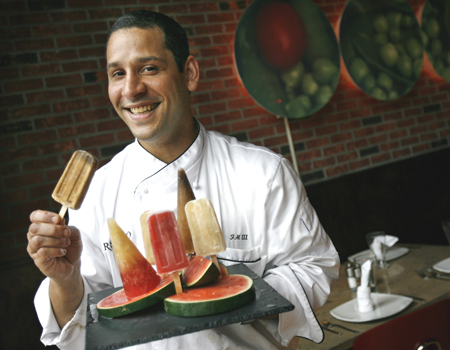 McLEAN, Va. — It might be one of the great alcoholic innovations of the 21st century – the frozen beer pop, served by an Alexandria restaurateur and bar owner in a variety of sizes and flavors like “Raspbeer-y” and “fudgesicle.”

Anyway, in case you couldn’t tell, I love beer.

So imagine my delight when I read this headline tonight on Slashdot:

Researchers Developing Cancer-Fighting Beer
Ever picked up a cold, frosty beer on a hot summer’s day and thought that it simply couldn’t get any better? Well, think again. A team of researchers at Rice University in Houston is working on helping Joe Six Pack fight aging and cancer with every swill of beer.