I have lived almost my entire life in New York and as such, grew up
making fun of the “New Joisi-ans” who occupied our less popular
neighboring state.

“The armpit of America.” “New York wannabes.” I’ve heard (and used) them all. 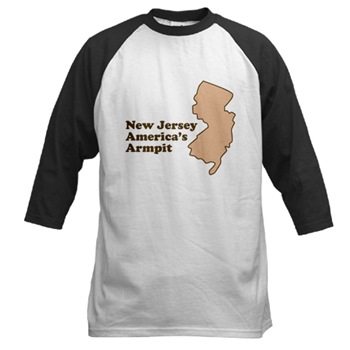 This lovely shirt can be purchased at CafePress.

It is a bit ironic then, that I now live in New Jersey. Not only that, I have invested in NJ, by buying my first piece of real estate here.

We do not live in the trendy yuppy town of Hoboken, where even NFL stars like Eli Manning have made themselves home. Nor do we live in Jersey City, dubbed “the next Hoboken,” with its ever-expanding downtown area and plethora of luxury condos.

Rather, we live in the little-known town of Union City, where the entrance to the Lincoln Tunnel resides.

According to its Wikipedia entry, Union City is the most densely populated city in the United States. It is also home to the second-largest Cuban population in the US, with Miami being the first. Some areas are run-down and so can be be a bit scary to someone like me who grew up in a safe, suburban area.

But as they say, location is key. Our condo sits on the border of West New York and Hoboken. Just around the corner is a bus stop that goes right into midtown Manhattan. And if we miss that bus, we can walk 3 more blocks where there is a bus going into Manhattan every 2 minutes. Total commute time during rush hour, door-to-door from our condo to Port Authority Bus Terminal, is about 20 minutes. Believe it or not, this is very good for NYC standards…we would have longer commutes if we lived in Brooklyn, Queens, or even upper Manhattan.

NJ Transit buses stop running at about 2am, which is a bummer if you want to stay out late in the city. However, our close proximity to Hoboken allows us to take the PATH to the Hoboken terminal and take a 5-minute cab ride home from there.

Now, J and I are not the “let’s go for a walk” type. We’re more of the “grunting to each other with our heads stuck in our respective laptops” types.

However, tonight called to us. The humidity had disappeared with the previous night’s thunderstorm, and the straggler clouds made for a gorgeous sky. Besides, we needed some exercise after gobbling steaks marinaded in my special beer sauce.

We decided to go for a walk. And I brought my camera. 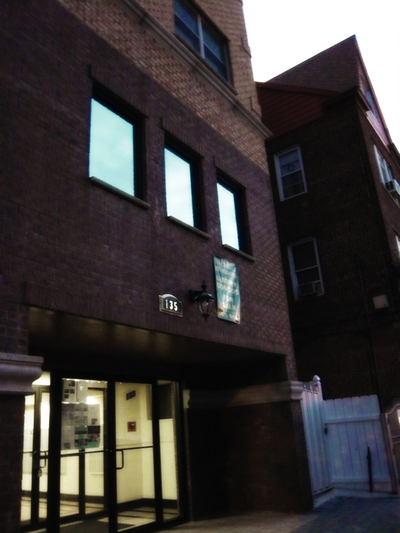 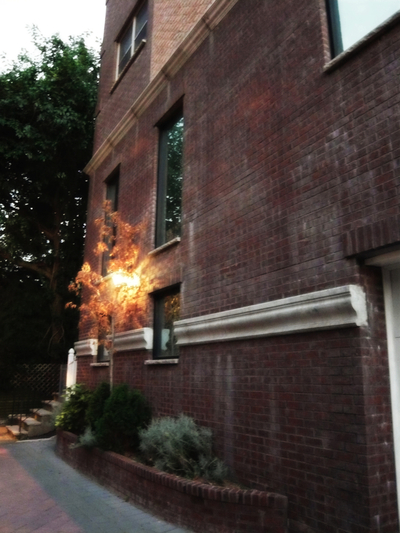 Just across the street is a small and relatively quiet high school. Two blocks down to the west are the newly constructed City Hall and police station, as well as a large and modern assisted living facility. So while some parts of Union City can look a bit dangerous, I believe our condo’s location makes it pretty safe.

We decided to walk the opposite way. At the end of our block, we turn left to see: 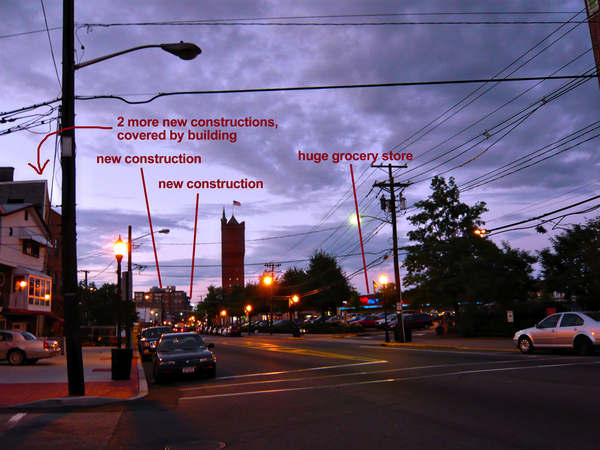 As you can see, we’re surrounded by new construction condos…and people are buying them! Which can only mean good things for property values. The Pathmark at only 1.5 blocks away is sooo convenient. You really don’t need a car to live here.

When you turn the other way… 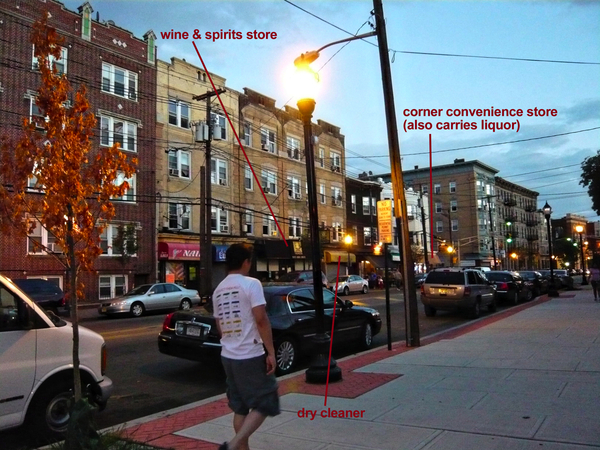 Like I said, you really don’t need a car. The only time we use the car is to go to church on Sundays.

You can see from this photo that the left side of the street is more run-down. Notice the sidewalk on the right side – newly tiled, with new streetlamps. They continue to make these improvements, about which I can’t complain at all.

However, this isn’t the best part. Make a left at the next corner, walk down 3 blocks, you hit Boulevard East, which has some of the best views of Manhattan. I still cringe to think of myself as a NJ resident, but we sure get the benefit of being right across the river to enjoy the views… 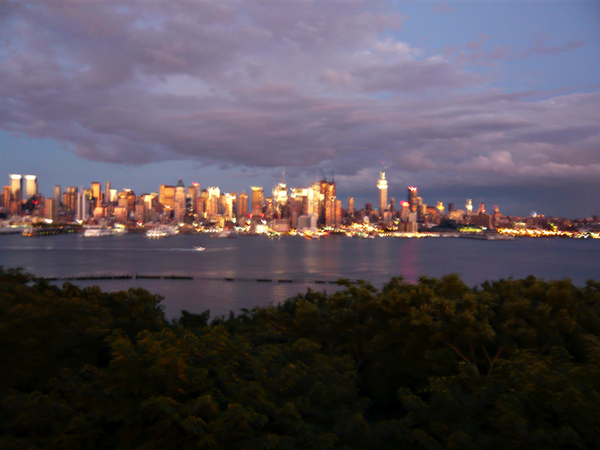 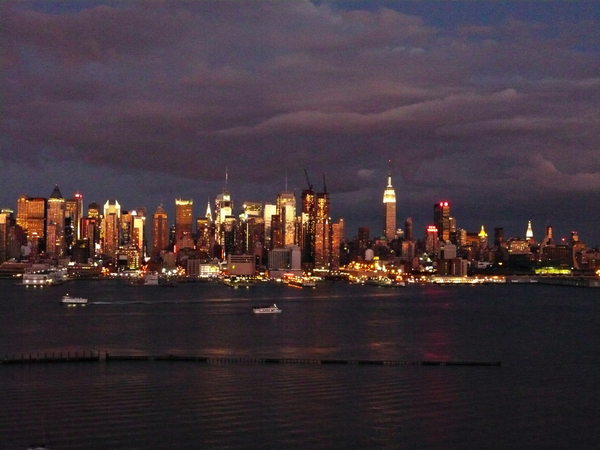 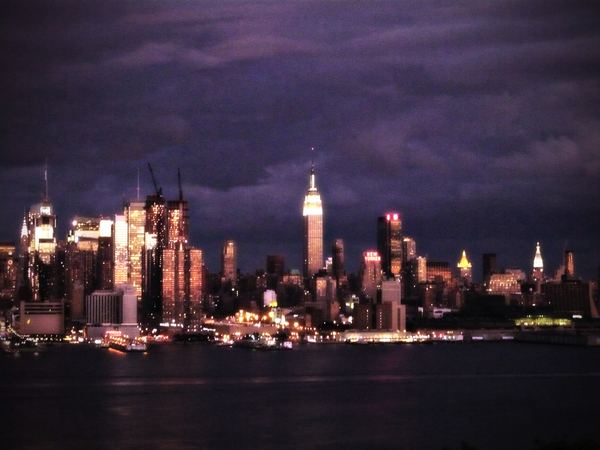 Hey you can see my office building in the picture above!

Boulevard East has numerous little parks with benches and grass, tons of winding walkways and stairs that connect it to River Rd below the cliffs. 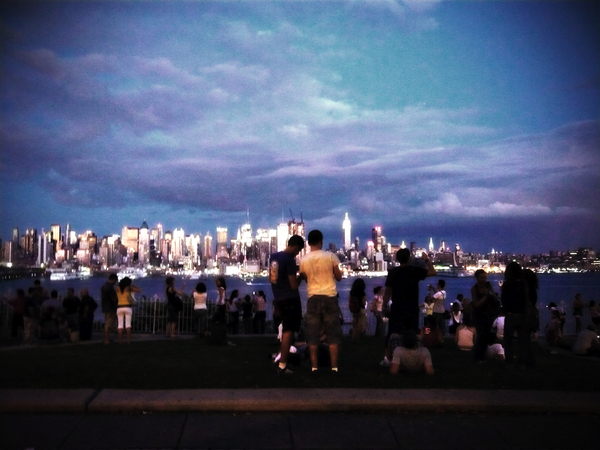 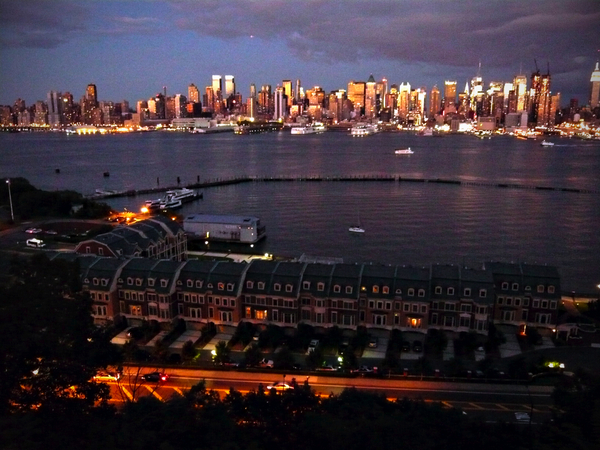 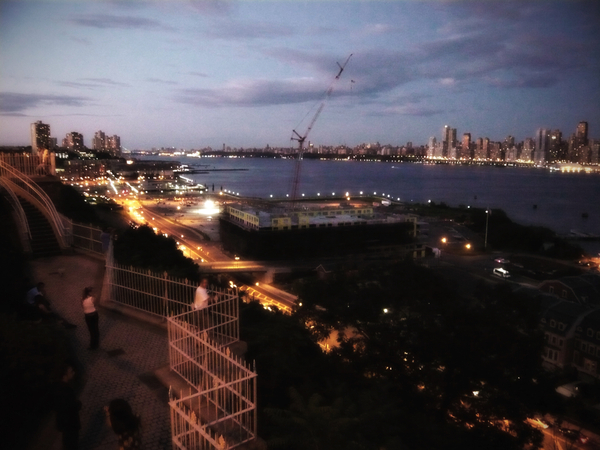 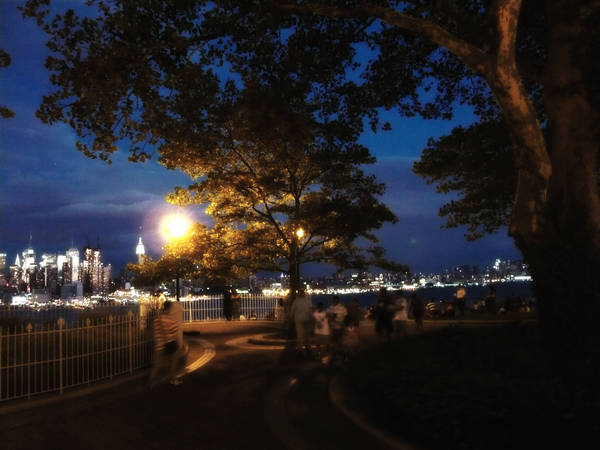 The best part are the WIDE sidewalks that continue down for a few miles. The ideal spot for jogging! I mean, what better view can you get as you’re sweating and grunting your way to health? 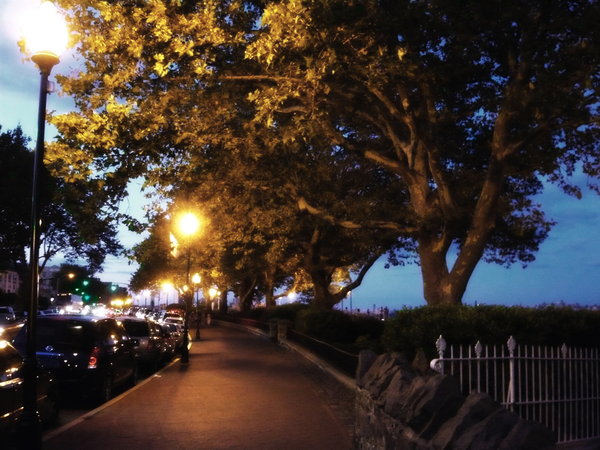 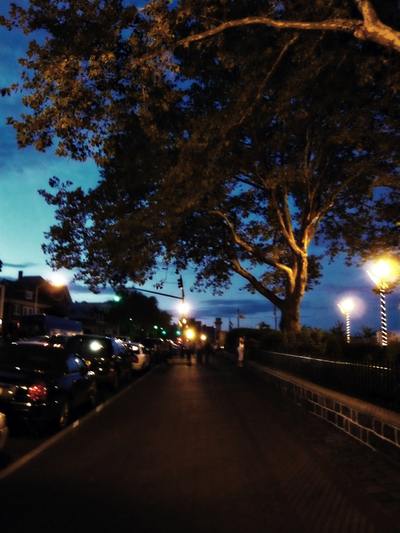 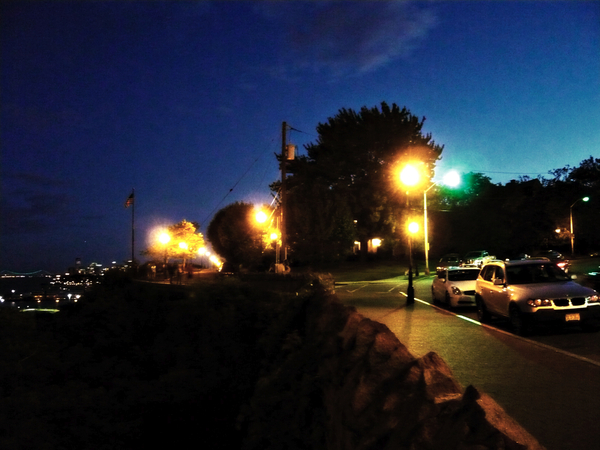 Here we are, at the end of our walk. 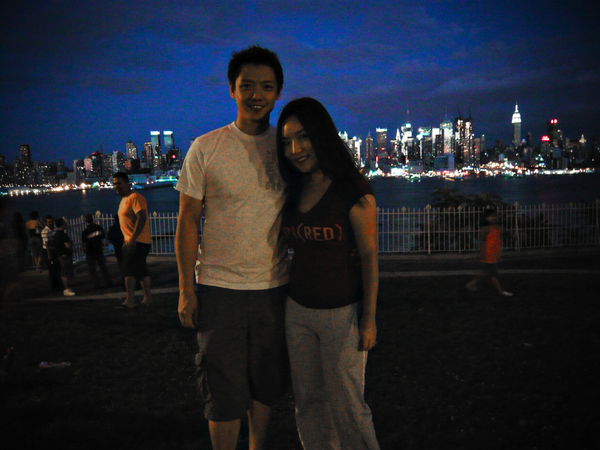 Soonafter taking the picture, J bought me an orange Popsicle to enjoy on the way home. Alas, we had just missed the ice cream truck so it wasn’t perfect, but a deli Popsicle is close enough, no?

« Baby Please...
Top 5 Star Wars Designs and What Inspired Them »

One Response to “New Jersey…It Ain’t That Bad”