The Rise of the New “Super People”

A few days ago, the NYTimes ran a op-ed piece titled “Super People” that left me pondering its implications and reactions. If you have a few spare minutes, I highly encourage you to read the article. If you do not, this paragraph sums up what “Super People” are:

A brochure arrives in the mail announcing this year’s winners of a prestigious fellowship to study abroad. The recipients are allotted a full page each, with a photo and a thick paragraph chronicling their achievements. It’s a select group to begin with, but even so, there doesn’t seem to be anyone on this list who hasn’t mastered at least one musical instrument; helped build a school or hospital in some foreign land; excelled at a sport; attained fluency in two or more languages; had both a major and a minor, sometimes two, usually in unrelated fields (philosophy and molecular science, mathematics and medieval literature); and yet found time — how do they have any? — to enjoy such arduous hobbies as mountain biking and white-water kayaking.

The essay goes on to theorize the rise of the new Super People (evolution, better nutrition, etc.) and wonders if this trend is a sign of the growing income inequality in America such that wealthy parents can invest in their children to an unprecedented degree. The author also asks if the phenomenon is partly an illusion, spurred by resume-padding and trophy-collecting rather than genuine passion and commitment. 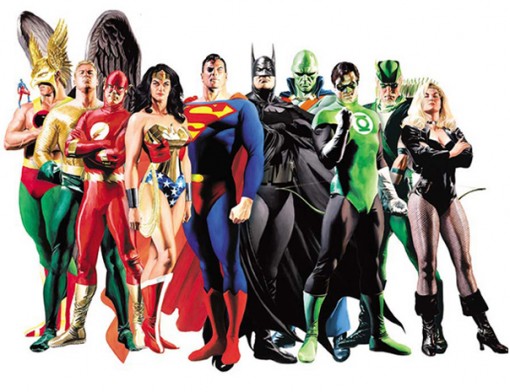 I have varying thoughts on the rise of the new Super People. The first, and foremost, being that I actually know a few Super People and they all seem to be well-rounded, well-adjusted individuals who are content with their lives and continually enrich the lives of those around them.

The second is worry. My sister used to work for a prestigious tutoring academy and tells me that parents are spending hundreds of dollars per hour — and sometimes even thousands of dollars per session — just to bump their kids’ grade from an A- to an A, or to help a 740 grade on an SAT score reach the perfect 800 mark. She also says that some of her students’ schedules were so jam-packed with activities that the only time they could meet with her for their private tutoring sessions was at 9 or 10pm on weekends.

Isn’t an A- good enough? (This question seems timely considering the latest episode of Glee, where an A- is called an “Asian F.” :-D) Shouldn’t weekends be reserved for — oh I don’t know — taking a break? Should not the main goal of childhood and the tumultuous adolescent years be to learn about life and prepare for adulthood, not to pad your resume or college application?

My third concern also comes from a parenting perspective, but it is in a completely opposite direction from the previous. When you look through the comments on the original NYTimes article, a clear trend emerges: criticism of the Super People. Citing the commenters themselves as better and happier people for not being “super.” Calling Super People’s achievements to be nothing more than trophies, and assuming that they are all uncreative, uncaring, and unhappy.

When did mediocrity become something to be celebrated?

Can’t these commenters be impressed by Super People and look up to them? Is it so hard to admit that Super People are better than us?

Like all parents, I want the best for my children. I want them to excel in all aspects of life. I want them to get straight A’s, to be good athletes, to be musical and artistic, to be compassionate, and not only that, rise above and beyond others when doing so.

But at the same time, I know that their being ALL of these things is unlikely. Maybe one or two, but all? I would be happy, for sure, but I would not hold it against them if they were to simply suck at certain things.

And I would not love them any more or any less for their achievements, or lack thereof.

BUT I refuse to celebrate mediocrity. I believe that one of the biggest problems facing our nation today is the snowflake syndrome, the belief that everyone should made to feel extraordinary for ordinary achievements.

It will be tough balancing act. I hope that I can do it.

What are your thoughts on the new Super People?

15 Responses to “The Rise of the New “Super People””