Giveaway: Celebrate the Release of “Skyfall” on Blu Ray with a $50 Amazon Gift Card!

For this is the end
I’ve drowned and dreamt this moment
So overdue I owe them
Swept away, I’m stolen…

Unless you’ve been living under a rock these past few months, there’s a very good chance you’ve heard Adele’s golden pipes crooning the above lyrics. The song, having won a Golden Globe and currently in the running for an Oscar, was penned for the latest Bond movie Skyfall. 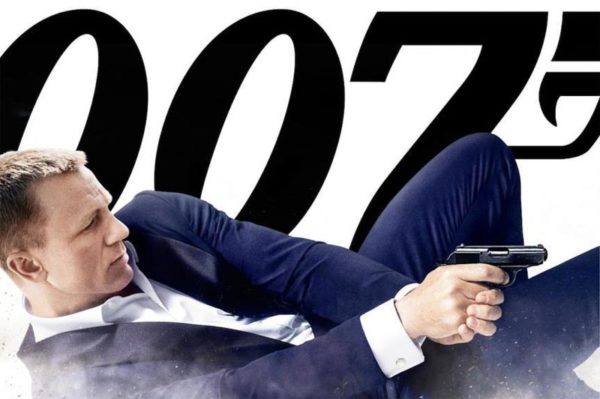 Did you have a chance to catch Skyfall when it hit theaters this past November? Being parents to two toddlers, J and I don’t get to go to the movies often, so we when do make it to a theater, you can bet that it’s for a movie we have been highly anticipating.

And Skyfall did not disappoint.

(To the doubters who have decided not to give Daniel Craig another chance after the atrocity that was Quantum of Solace, give the franchise a break — it was filmed smack in the middle of the Writers Guild strike, and even Craig himself admits it shouldn’t have been released the way it did.)

I will not say much more about Skyfall because I trust that those who want to read spoilers can find them in numerous other places. What I do want to say is that the movie will finally be released on Blu Ray and DVD tomorrow, and in celebration, the top UK appliance retailer Appliances Online has offered to sponsor an Amazon gift card giveaway! 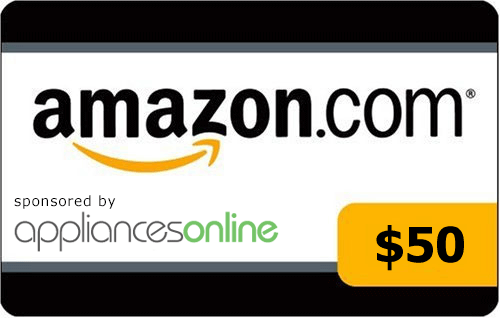 That’s right — the winner will be able to purchase your own copy of Skyfall, or just use the $50 gift card for whatever else the world’s largest online store has in stock!

To enter this giveaway, simply use the Rafflecopter widget below. Not sure how to use Rafflecopter? Watch this 52 second video for a tutorial on how to enter a giveaway using Rafflecopter. There are 6 methods of entry, with the first method (commenting on this blog post answering the question “What type of appliance are you most likely to purchase online?”) being mandatory while the fourth method (Tweeting about the giveaway) can be used once per day:

This giveaway will end on Tuesday, February 19th, 2013, at 12:01am EST, at which point a winner will be randomly chosen and announced here.

And be sure to check out Appliances Online when you get a chance — I only wish I lived in the UK so that I could take advantage of this fantastic online retailer!

Disclaimer:
In compliance with FTC guidelines, please be aware that Appliances Online has provided me with a $50 Amazon gift card for hosting this giveaway.

« "The Title" Movie Poster: The Power of Typography
The Hidden Meaning Behind Peeling an Apple »

107 Responses to “Giveaway: Celebrate the Release of “Skyfall” on Blu Ray with a $50 Amazon Gift Card!”