1995. I remember it was my last year in junior high. I remember being awkward and unsure, desperately wanting to fit in, longing to be just like everyone else yet still wanting to leave a unique imprint as a burgeoning adult.

I remember sneaking peeks at issues of YM and Seventeen at the school library. And I remember reading about Before Sunrise, a movie about two strangers (Céline and Jesse, played by Julie Delpy and Ethan Hawke) who meet on a train and spend an unforgettable night in Vienna together. I remember all the girly magazines raving about it, and I remember renting the flick from my local Blockbuster later that year.

And I remember I fell asleep watching the movie. 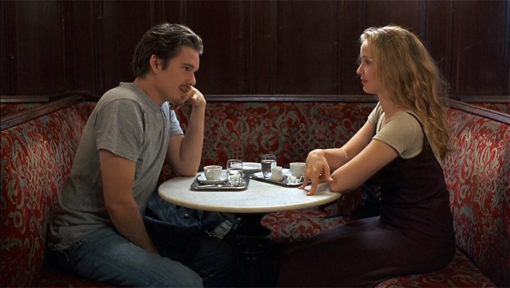 My favorite scene from “Before Sunrise” is the one where they pretend to call their friends
while confessing their true feelings for each other.

I’m guessing that at the age of 14/15, a movie whose entirety consists of two people walking around a city, talking and getting to know each other, didn’t hold much appeal.

Only now do I know better: I was still too young to understand the type of human attraction that can bond two souls for eternity. I knew that such connections existed, but I was not yet mature enough to recognize it nor appreciate it.

2004. The sequel to Before Sunrise, Before Sunset, was released. Once again the media — at least the ones I recall — sang it praises and declared it a worthwhile follow-up.

In Before Sunset, the two lovers are reunited for the first time since that magical night in Vienna 9 years prior. Jesse, who I consider to be more of a romantic than Céline, had written a book about their encounter, which prompts Céline to seek him out at a book signing in Paris, where she resides.

As was the case in Before Sunrise, the two protagonists are constricted by the passage of time, and they are all too aware that they have only a few precious hours together before Jesse must catch a flight back home to New York.

But it’s as if that knowledge of limited time thrusts them closer still, and those 9 years had never separated them. They easily fall back into their routine of deep, soulful conversations interlaced with playful banter and flirtatious remarks. And there’s no denying that the attraction is still very much alive. 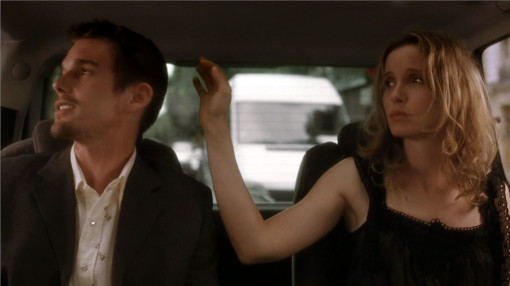 One of the most poignant scenes from “Before Sunset” is when Céline reaches out to
touch Jesse, but pulls her hand away just as he turns back to her.

While those 9 years apart have left both characters residing in different continents and attached to other people — Jesse is married and has a son! — the audience cannot help but wonder ‘Will they or won’t they?’ while silently rooting for them to get together already.

Because clearly you don’t run into people with whom you share such an amazing connection every day. Heck, you don’t run into them every year. And in this blogger’s opinion, many people don’t get to experience this sort of bond in their lifetimes.

Like Céline herself says in the movie, “I guess when you’re young, you just believe there’ll be many people with whom you’ll connect with. Later in life, you realize it only happens a few times.”

I actually did not watch this movie until just a couple of weeks ago. I had figured that since I didn’t like the first movie too much, I wouldn’t like the second either.

Would I have liked it if I saw it back in 2004 when it was released? Probably, as I have had loved and been loved by this point in my life. I would have certainly better understood the overwhelming attraction and deep connection that can quickly enrapture two people. And having been in a committed relationship for most of that year, I’m pretty sure that the romantic in me would have had me rooting for these two. Despite the fact that they were both already in relationships with other people, because hey, Jesse got married for the wrong reasons and was in an unhappy marriage (“There’s no joy, or laughter, in my home”), and Céline’s relationship with her boyfriend was doomed to fail anyway because every relationship she’s had has paled in comparison to what she shared with Jesse…and isn’t that what true love is all about? (Or so says my 24-year-old self.)

The reason I decided to watch Before Sunset, a full 9 years after its release, was because the third film in this series, Before Midnight, came out earlier this year and it seemed to be on everyone‘s year-end “The Best Movies of 2013” lists. So I decided to watch all three movies, back-to-back, to see what all the fuss was about. Also, to see if I had been mistaken about Before Sunrise 18 years ago. 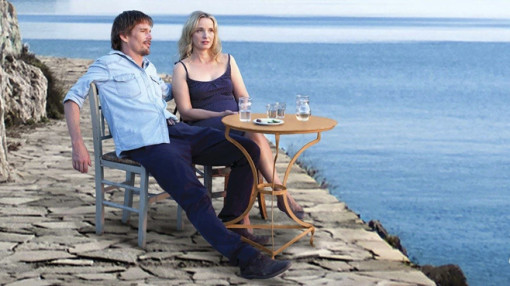 Coincidentally, “Before Midnight” is set in my favorite European country: Greece.

Like the second film in the trilogy, Before Midnight is set 9 years after the last. And it turns out that Céline and Jesse did get together after all — they have been a couple all these years and have twin girls!

But while the first two films were about falling in love, this last installment focuses on staying in love. It’s messy, unpredictable, and at times brutal. In other words, it’s real. There were even moments when I felt the need to pause the movie, much like politely leaving the room when two people you care about engage in a heated argument.

And, like Jesse himself says at the beginning of the second movie, the answers to those questions might as well be a test to see if you’re a romantic or a cynic.

It’s funny, because if I were to answer those questions back when the first two movies were released, my answers would have been a resounding YES. 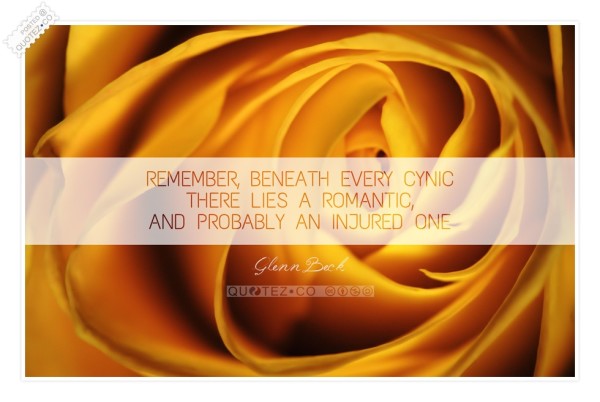 However, I now know that love cannot always conquer all. Real life isn’t always so clear-cut and simple. Greed, guilt, pride, resentment, and obligations get in the way. We are all flawed, and we never cease to disappoint and hurt those who care about us. And the sad truth is that happiness in love just isn’t obtainable by all.

Have my views on love become cynical over the years? Perhaps.

Then why oh why have these films quickly become my second all-time favorite movie trilogy? (If you can’t guess my favorite, you’re dead to me.

And why do I find myself wishing for their happy ending, despite knowing that it probably won’t be possible?

I can only surmise that while I have, indeed, become a cynic in my everyday life, deep down inside, where my imagination and fictional fancies reside, I still remain an optimistic, hopeful romantic.

Deep down inside, I too long to be a delusion angel.

*”Delusion Angel” is a poem penned by David Jewell for the movie Before Sunrise. The poem makes its appearance in the movie via a poet who approaches Céline and Jesse, and, instead of begging for money, offers to write them a poem with a word of their choice in it. It is a beautiful scene and an equally brilliant poem.

Daydream delusion
Limousine Eyelash
Oh, baby with your pretty face
Drop a tear in my wineglass
Look at those big eyes
See what you mean to me
Sweet cakes and milkshakes
I am a delusion angel
I am a fantasy parade
I want you to know what I think
Don’t want you to guess anymore
You have no idea where I came from
We have no idea where we’re going
Lodged in life
Like two branches in a river
Flowing downstream
Caught in the current
I’ll carry you. You’ll carry me
That’s how it could be
Don’t you know me?
Don’t you know me by now?

« Browser Girls
So Long, and Thanks for All the Fish »