About a year ago, the creators of Family Guy announced that a follow-up to the knee-slappingly funny spoof of Star Wars Episode IV: A New Hope, Blue Harvest, was in the works. 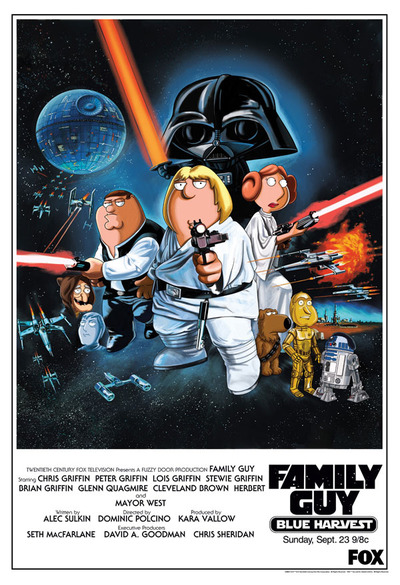 If you are a Star Wars or Family Guy fan who hasn’t watched
“Blue Harvest,” shame on you. Go pick up a copy now. 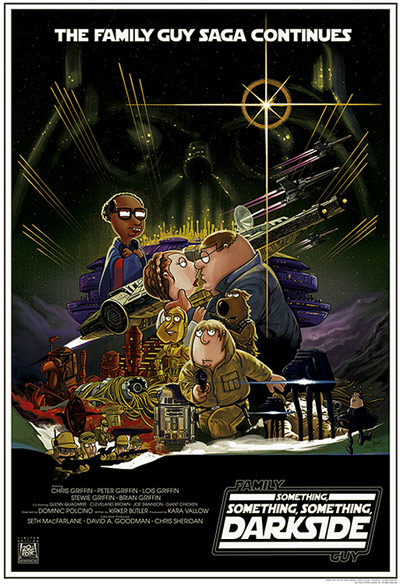 Although the hour-long special was originally set to air as the finale to Season 7, it has been pushed back to Christmas 2009. The director of Blue Harvest, Dominic Polcino, has been tapped to direct the sequel and fan-favorite James Woods will also make a cameo.

If Something is nearly as good as the first spoof, we will not be disappointed. And, as a large majority of Star Wars fans cite Empire Strikes Back as their favorite of the six films, we definitely have something to look forward to this holiday season.

(And just FYI, my favorite Star Wars movie is Return of the Jedi. I like to be different from the crowd.