The Most Disgusting Thing About Childbirth

(I apologize to anyone who may be getting sick of all the pregnancy and baby-related posts as of late. With only five weeks left to go until BebeDeux’s due date — and just 2 days until Claire’s first birthday! — babies are naturally the #1 thing on my mind. I promise that this will subside…some day.

If anything, you can look forward to the guest posts I’m currently lining up for my “maternity leave.”)

A pregnant friend recently asked me what I considered to be the most surprising thing about giving birth to Claire. Since I am a research fiend, there really wasn’t anything that caught me completely off-guard. There were, however, the squirt bottle incidents immediately following delivery…

Now, most women reading this are probably thinking about the peri bottles that hospitals give you to clean your lady parts after you use the facilities.

(Just in case you were not aware, after giving birth, nurses will give you these squeeze bottles filled with warm water and instruct you to squirt yourself down there instead of just wiping with toilet paper. After squirting — and let’s be honest; it feels damn good because your girl parts are all tender and sore and torn and leaking — you gently pat with a soft cotton pad and spray your cooch with antibacterial spray. Then you wrap an ice pack in extra-large Tucks pads and leave it down there until the next time you have to pee or poop. I know. SEXY!) 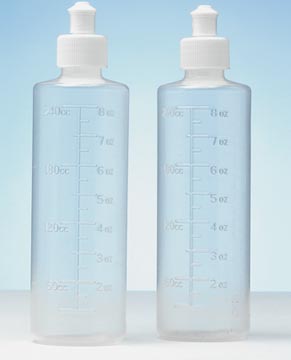 I loved these things. I can now understand the appeal of bidets!
(image source)

No, what I am referring to is the HUMAN squirt bottle, aka me.

While I knew that there would be blood and tissue and other wonderful stuff still lounging around in my uterus after giving birth, I just assumed that my body would naturally expel — in other words, slowly leak like a period — it out.

What I didn’t expect was that nurses would help speed that process along by regularly, and repeatedly pressing down on my still-swollen belly.

And when they pressed? Allow this picture to illustrate: 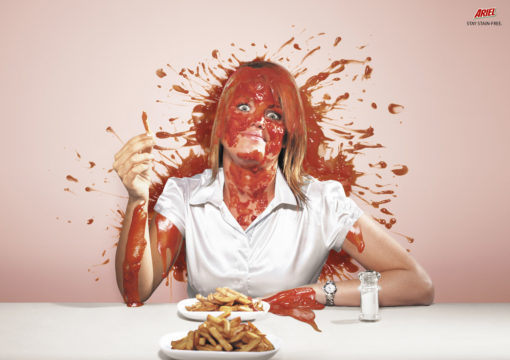 The first few times were bad enough that you could hear stuff gushing out. (Ask J. He was there.)

It wasn’t only when they pressed down either; I would shoot and spray whenever I bent over, coughed, or made any sudden movements.

So that, my friends, is what I considered to be the most disgusting thing about childbirth. I don’t think it would be have been half as bad if I had known that others physically pressing down on my belly would cause that much substance to be forcibly expelled.

What about you? What do, or did you consider the grossest thing about giving birth?

39 Responses to “The Most Disgusting Thing About Childbirth”