I have never been one to do “tourist-y” activities, even when I am at a locale I have been dying to visit.

I’m pretty sure that my aversion to tourist-y activities comes from the combination of the fear of being mistaken for a stereotypical Japanese tourist (because apparently, all Asians look alike) and being around annoying tourists in NYC.

Now, a map is available for people like me who prefer to stay in areas that are less likely to be congested with tourists: 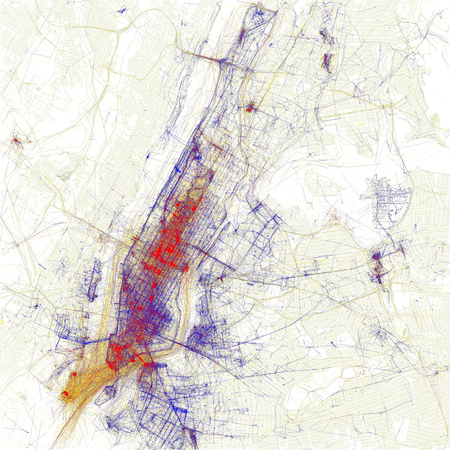 Created by neo-cartographer Eric Fischer, the Tourist vs Locals map is based on the frequency of photos taken over certain time periods.

The blue areas represent photos taken by people who have taken pictures in the same city over a period of month or more. The red spots are photos taken in the city for less than a month, and yellow spots are unknowns.

The best news is that Fischer has created maps of major cities across the globe. Take a look at his Locals and Tourists Photo Set on Flickr to see if he has your city mapped out as well!

« The Power of Social Media, the Invisible Line,...
WTF is HTML5? [Infographic] »

One Response to “Tourists vs Locals”