I was first diagnosed with major depression in college, at the age of 20.

But I have never been with the same therapist for more than a few months.

Until now, that is. Currently, at the age of 36 — 16 years(!) after my first diagnosis — I have met someone with whom I truly click with, who actually gives me advice and not just the “So how does that make you feel?” spiel that so many other therapists fall back on, who isn’t afraid to call me out on my B.S., gives me things to think about at home, and takes my insurance.

I have been seeing her for 1.5 years now.

Because I have stuck with her for this long, she noticed something — something my prior therapists and doctors had missed, probably due to my unhealthy habit of stopping therapy and meds as soon as I start to feel better.

She noticed that I have periods of hypomania, occasionally making an appearance between bouts of depression.

I had been misdiagnosed.

I suffer from Bipolar II Disorder, not depression. 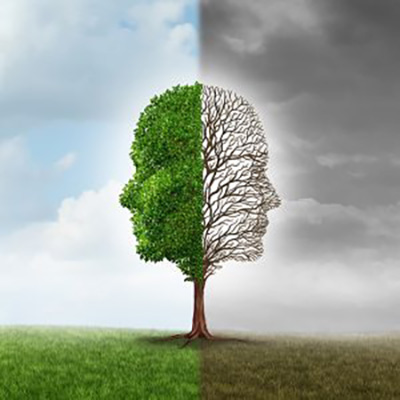 Learning about the disorder, it all started to make sense. Those sudden bursts of energy, that feeling that I can take on anything. Sleepless nights because I was inspired to do something, anything. Self-destructive, risky, impulsive behavior…

But more often than not, depression. For women with bipolar II, depression tends to dominate, while men have roughly equal numbers of hypomanic and depressive episodes.

I have updated my psychiatrist with this new diagnosis and we are in the process of changing my meds accordingly. The problem with most meds for bipolar disorder is that they make you gain weight — and I was strictly against that. So we’re trying a drug dubbed “the model drug” because patients tend to lose weight on it, but it also can make you dumber. Whatever. I’m willing to sacrifice a few I.Q. points to shed some pounds.

So there you have it. My therapist asked me if having a new, corrected diagnosis made me feel any different. “It really shouldn’t,” she said. “You’re still you, and you’re not defined by this label.”

But I do feel different. It actually feels refreshing. Freeing, even.

I’m happy. Who knows, this may be a hypomanic episode talking. But I feel like bipolar II makes better sense than depression. Something more solid. Something that can be conquered.

7 Responses to “A Decade-Plus-Old Misdiagnosis”