A is for Ackbar

Graphic designer Brandon Peat created a series of Star Wars alphabet prints in order to decorate his son Tycho’s nursery. The result is magnificent to say the least! 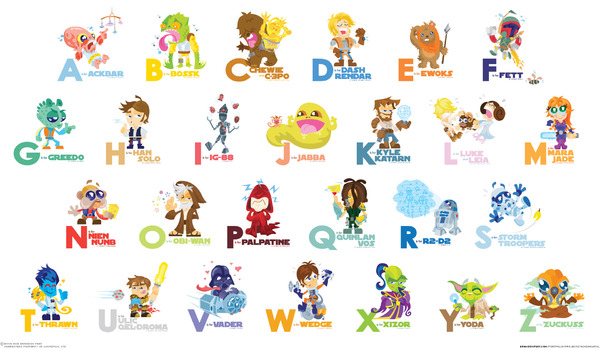 The prints have been compiled into a book titled A is for Ackbar, which can be purchased by donating a minimum of $15 to Tycho’s college fund. And according to the product/donation page, the volume of donations have been so overwhelming that the donation drive will now end on Thursday, December 9 at 11:59PM EST. What a fun and creative way to decorate your little one’s nursery, celebrate one of the greatest film franchises of all time, and build a healthy education fund!

I had featured Star Wars ABC Cards before, but I must admit that these alphabet prints are cuter and much more kid-friendly.

2 Responses to “A is for Ackbar”