A few days ago, GeekTyrant shared a list of actors and actresses that should play the live-action versions of Disney’s classic animated characters.

The fantasy casting, originally created by Super Super Kawaii, includes many big names like Brad Pitt and Scarlett Johansson, and the vast majority of the thousands who have seen the list seem to be in agreement with the choices. (This, however, is purely based on the massive amount of reposts and small number of negative comments. And from my experience, the internet usually isn’t too kind to those who post opposing opinions.

Personally, I only agree with about half the choices. And even then, the assessment may be flawed due to two reasons: 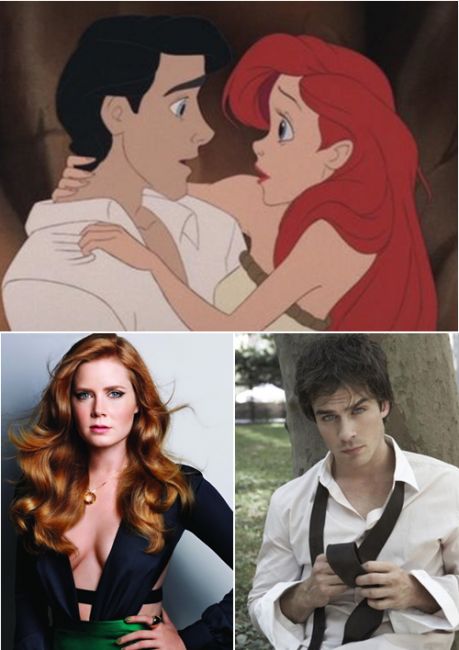 The casting of Ariel is a big NONONONONO for me. I have nothing against Amy Adams, but I could immediately think of another amber-tressed actress who not only possesses Ariel’s innocent, wide-eyed look, but can also bring the sass: Kate Mara. 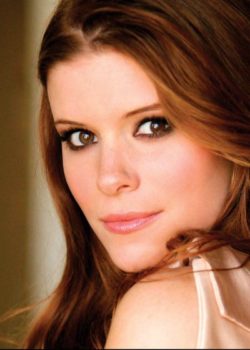 As for Eric? The actor in the picture looks familiar, but I’m not sure who he is. However, he certainly seems to have the dark hair and ice-blue eyes combo down, so I’m happy with the choice. 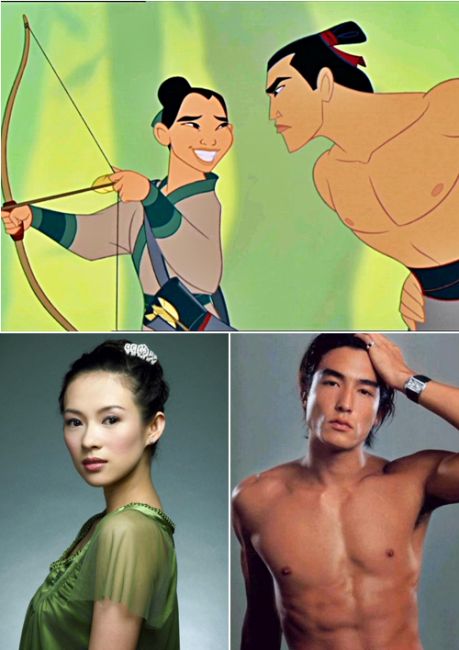 I know Zhang Ziyi has been in a bunch of action flicks, but I still consider her a tad too delicate and graceful to play Mulan. But what do I know? My pick for Mulan is heavily influenced by the fact that I’m a fan of the TV show Once Upon a Time. (For those who are not aware, Jamie Chung plays Mulan on that show.) 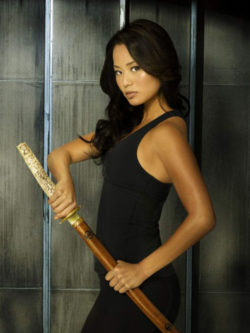 With Shang, I’m going to play the same hand I did with Eric and say that I don’t know the actor, but he certainly looks the part. 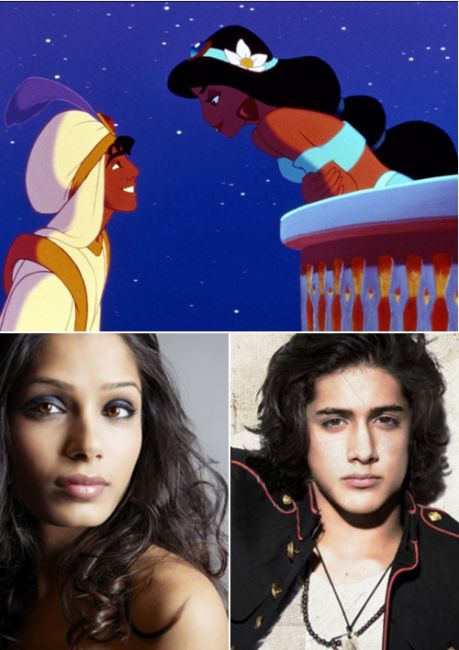 This time I have great (well, at least in my mind) alternatives both Jasmine and Aladdin. Don’t you think that Rebecca Hazlewood and Danny Pudi, both known for their roles in American sitcoms, would be better? 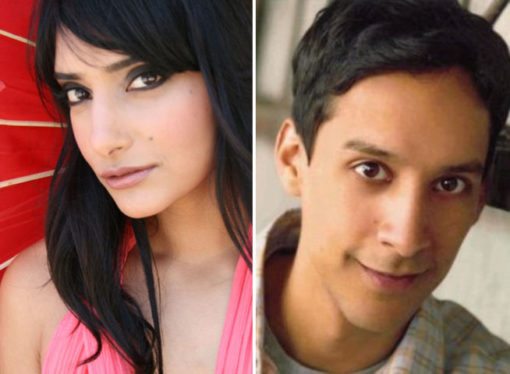 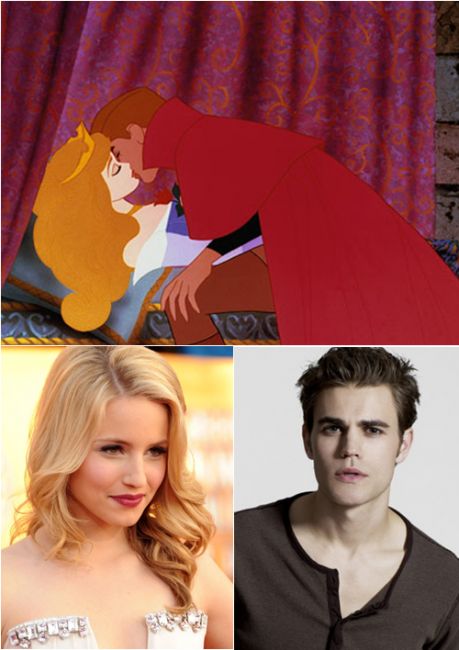 I’m not sure that Dianna Agron is the best actress for this role, but I can’t think of a good replacement because there are so many blonde actresses to choose from. I do, however, think that Scarlett Johansson (who is listed below for Cinderella) is a better choice for Aurora and Dianna Agron better as Cinderella. What do you think?

Once again, I have no idea who the pictured actor is. (And, like the unidentified actors above, he’s probably crazy popular with the younger crowd.) But the prince in Sleeping Beauty doesn’t get much screentime, so it’s difficult for me to choose a good actor to portray him.

Let’s move on to Hercules. 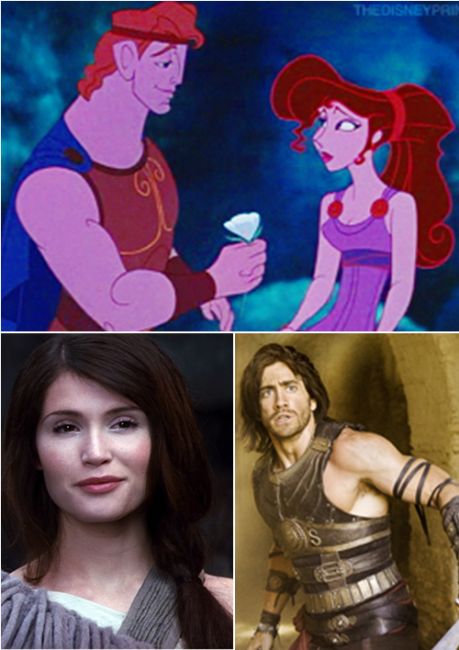 That’s Jake Gyllenhaal and the chick from Hansel & Gretel: Witch Hunters, right? No complaints from me here.

Next up we have Beauty and the Beast… 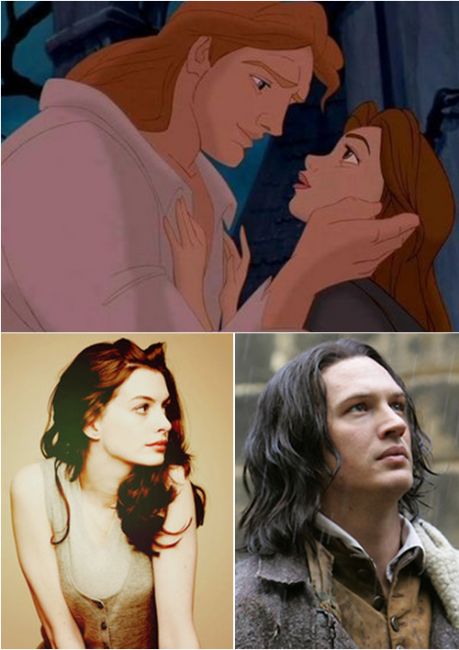 This one’s problematic for me because Belle’s my all-time favorite Disney character. And as such, I’m not sure if I can see any actress portray her. I know that Anne Hathaway can bring it (hello, Oscar!), but still…

I do, however, like the choice of Tom Hardy as Beast. I was first going to suggest Gerard Butler, but I think Tom Hardy can do just as well of a job playing the part, while looking more like the human version of Beast too.

Then we have Cinderella. 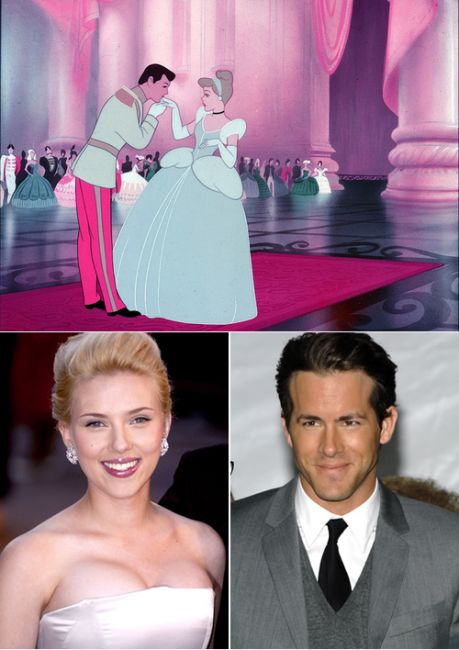 I’m not sure if the author of the list put Scarlett Johansson and Ryan Reynolds together as a joke. (They divorced last year.) Nonetheless, like I said above, I think Dianna Agron would make a better Cinderella than Ms. Johansson.

Ryan Reynolds certainly has prince-ly good looks, but the prince in Cinderella looks to be stockier and a bit more goofy looking. I can’t think of a good replacement though, because, as with Sleeping Beauty above, I don’t have much information on the prince’s character. 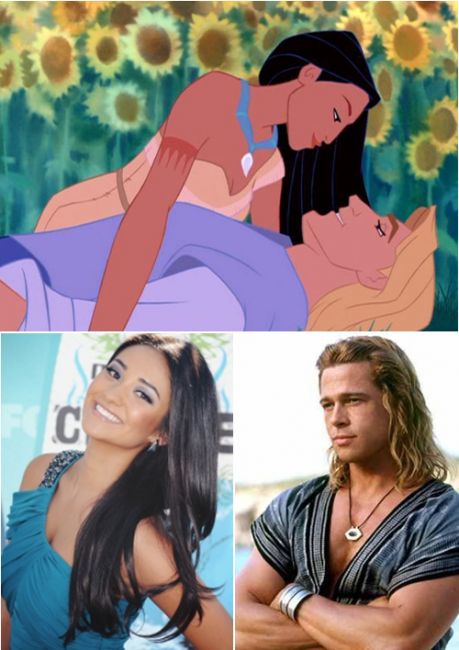 I actually believe Brad Pitt to be a great pick for John Smith. But the actress for the title role seems to be another case of Mulan: a bit too pretty and delicate. (I don’t even know who she is — can anyone enlighten me?)

The better candidate is Tonantzin Carmelo, an actress of Native American descent. Don’t you agree? 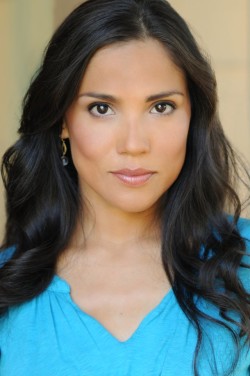 Finally, we have The Hunchback of Notre Dame. 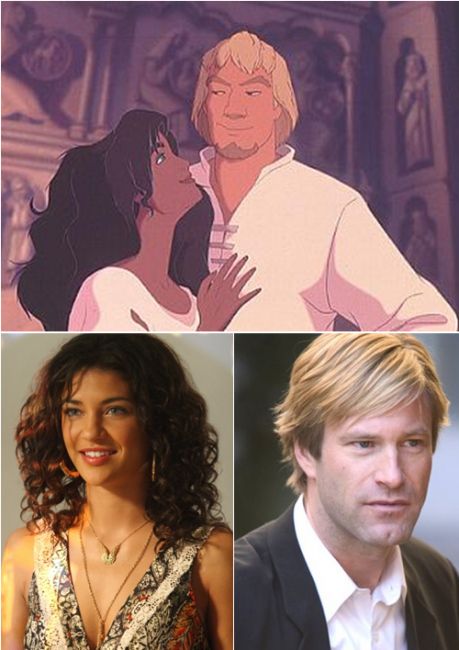 Once again, I am unfamiliar with the actress — can someone tell me? I’m just surprised it wasn’t Salma Hayek, who probably would be most people’s first choice for Esmeralda. That being said, Aaron Eckhart is a fantastic choice for Phoebus!

What do you guys think of the original list? How about my changes? Do you have any actors and actresses that immediately pop into your mind when you think about casting animated Disney characters?