If you grew up in Korea, or in a Korean household, you may be familiar with a children’s show called 뽀뽀뽀 (Popopo). According to its Korean Wikipedia page, it first aired on May 25, 1981 and has been in syndication since.

The show was probably most popular in the 1980s; I remember setting aside time every day to watch the educational variety show, full of skits, animations, songs, and dances. 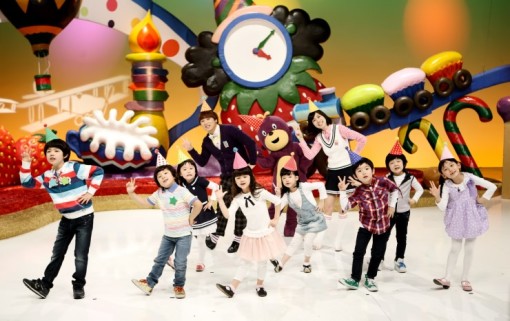 A scene from 뽀뽀뽀’s 30th Anniversary Special, which aired in 2011 (source)

Here’s where the story gets interesting. Starting from a very young age, I was able to see that the many puppets featured on the show were NOT human. Nothing special, right?

I also believed they were living, breathing creatures. Again, this is not atypical of a young child’s mind.

However, what was different was that I formed an entire conspiracy theory about these puppets. Because I never saw the puppets out on the streets, and because they were also missing from every zoo I visited (and believe me, I looked!), I was convinced that the studio had kidnapped them and was holding them hostage.

I never shared my suspicions with anyone, not even my parents. Because, you see, I thought that I had uncovered a nefarious plot on a level equal to that of the Kennedy assassination. (Alright, so I didn’t know about JFK back then. But in my little mind, it was JUST AS BIG.)

And when I finally expose the plot, bringing the villains to justice, I could take all the credit for it!

Just how would a six-year-old do this? Well, you see, my uncle worked at MBC, the studio behind 뽀뽀뽀…

I looked forward to my family’s first trip to Seoul with great anticipation. And while my father, mother, and sister all oohed and aahed over all the celebrities, shows, and backstage happenings, I stayed quiet, knowing that the 뽀뽀뽀 portion of our tour was just around the corner.

“You guys watch 뽀뽀뽀, right?” My uncle finally said. “Of course you do. You’re kids! Here’s the 뽀뽀뽀 set!”

I kept my eyes peeled for the poor, unfortunate puppets. None in sight.

“Oh, you want to see the puppets? They’re right here…”

And he opened the door to the puppet room. It was expectedly jam-packed with puppets. Puppets hanging on racks. Puppet clothes on hangers. Puppet body parts neatly stacked on shelves.

For a moment there, I was horrified. Mass executions! Puppet-cide! DECAPITATED PUPPETS!

…And then my common sense kicked in and I was finally able to see that these were, in fact, inanimate objects. 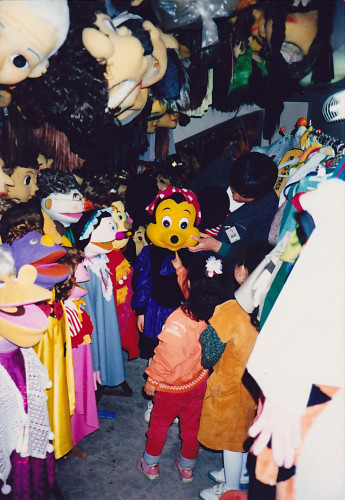 A picture of me trying on a puppet head at MBC studios, circa 1986.
(Only now do I realize this particular puppet is a blatant ripoff of Minnie Mouse.)

Due to my embarrassment, I kept this incident under wraps for nearly two decades. When I finally confessed to my mother sometime in my mid-twenties, we both had a good laugh over my kooky imagination.

I hope my girls will immediately share with me suspicions like the one I had about 뽀뽀뽀’s puppets. Children’s imaginations are wonderful things, aren’t they?

And, because the 뽀뽀뽀 opening title song is so catchy…

Do you remember the lyrics? I do!