How Many iPhone Apps Do You Use?

I admit it — I’m a cell phone whore. And as much as I love my HTC G1, I hate, hate, HATE the T-Mobile network. The problem is made worse by the fact that I had switched over to T-Mobile from Verizon (the best network in the U.S.) for the G1.

I refuse to switch over to the iPhone. I hate that it is a closed platform, and that it forces developers to jump through hoops and wait unreasonable lengths of time for an app to get approved.

(Case in point: the Squarespace iPhone App was finally released this week. Apple’s approval process had taken so long that the Squarespace team is already well into the next version of the application. As with all freshly-released applications, there are minor bugs and issues with this app — which have been fixed in the newer version — but Apple’s lengthy approval time forces the users of this app to keep waiting.)

I also have had bad experience with AT&T in the past, and I hear that they are not much better these days.

This is precisely the reason I have been waiting with baited breath the release of the Motorola DROID, which is available on the Verizon network TODAY. 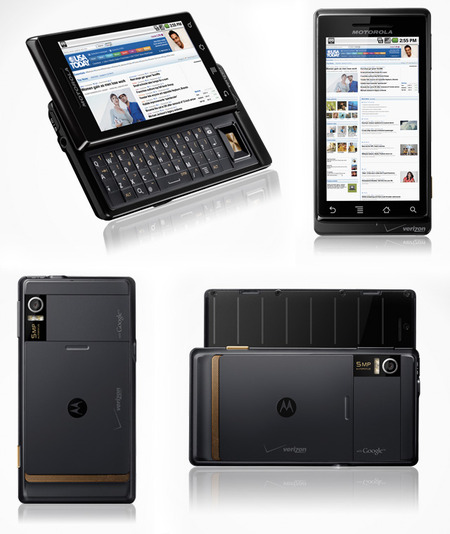 Just in case you do not follow numerous tech blogs like me, you should know that the DROID is being touted as a “killer phone.” Read Mashable’s roundup of reviews here.

Enough with the drawn-out introduction. Let’s get to the crux of the matter here.

Having read numerous reviews of the DROID over the past month, I am always tickled when I read that one of the “cons” of the DROID (or the Android platform in general) is that it “only” has 12,000+ apps when the iPhone boasts 100,000+.

But when you really think about it, isn’t 12,000+ a significant number too?

I mean, how many apps do you really need? How many apps can you really use on a phone that cannot run background apps? (Which, to me, counts as another “con” for the iPhone.)

I use my G1 extensively. And after having downloaded tons of applications, I end up deleting the majority of them and only use about 5 extensively. Because let’s face it: whether you use the iPhone, an Android phone, a WinMo phone (shudder), a Palm or a Symbian, almost everything you need comes pre-packaged with the phone. While there are great applications out there for download, the great majority of what is on the marketplace is hogwash.

So I would like to pose this question to all my readers who own iPhones:

How many iPhone apps do you regularly use?

As for me, I’ve alread made up my mind. As soon as my T-Mobile contract ends on December 22, I will be switching back to Verizon and purchasing the Motorola DROID.

« The Return of the Cone Bra
My New Driver's License »

5 Responses to “How Many iPhone Apps Do You Use?”