I am not one of those moms.

Again, I cannot help but wonder if something is wrong with me, or if I am missing that part of most women which makes them nurturing, loving providers for their offspring.

The very first time that I spent some time apart from Claire was when she was just two months old. J and I left her with his parents while we went out to dinner and watched Harry Potter and the Deathly Hallows: Part 1.

I remember that all throughout dinner, I had an unsettling feeling I just could not shake off…and that’s when I realized that I wasn’t experiencing the tremendous separation anxiety that had been described to me by other moms. I wasn’t even worried about her — admittedly, because I knew that J’s parents would take good care of her — and if anything, I felt…

There, I said it. The very first time that I went out without my daughter, I felt good. I felt freedom. I felt all the things that only a selfish mother — and surely only a horrible, uncaring person — would feel.

It was only when I returned home and saw the little booger that I realized how much I had missed her.

And I lavished her with extra attention and affection as a result. 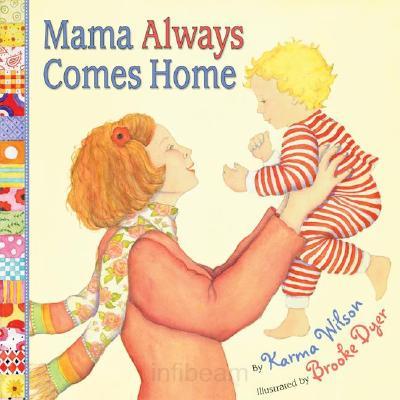 Like the title of this book says, I will always return home to my children.
(image source)

Is this admission of guilt — and what I did to make up for it — what sets me apart from the truly horrible mothers? Or is that just wishful thinking and I really am a bad mother?

Am I just not cut out for motherhood and doing irreparable harm to my children?

Despite the guilt, I continued to go out sans Claire when I could. J and I used to drive up to my parents’ house at least once a month so that my mother could have her fix of spending time with her beloved granddaughter, while we could run errands, dine out, or catch a movie.

And now, we’re even talking about going away for a romantic weekend in January or February while his parents watch the girls, taking full advantage of their being here before their return to Hong Kong in March.

If anything, I think that these times away from my daughters have made me a better, more sane mother, and J agrees.

Obviously this isn’t something that works for all families. But like all parenting decisions, you have to do what’s best for your own unique, individual family.

Are there other moms out there who never felt the separation anxiety that is described by other moms?

28 Responses to “My Apparent Lack of Separation Anxiety”