Last night, J and I watched the old episode of How I Met Your Mother which talks about the Murtaugh List.

A list made famous from the TV show “How I Met Your Mother” inspired by Danny Glover’s charater Roger Murtaugh in the movie series “Lethal Weapon.” Murtaugh’s catch phrase in these movies was “I’m too old for this shit” Putting something on the Murtaugh List acknowledges that as you grow up, there’s stuff you just can no longer do that you did in your youth.

I have watched this episode numerous times before, but this time around I couldn’t help but remember that I will be turing 30 later this year and started to wonder what would be on my Murtaugh List. 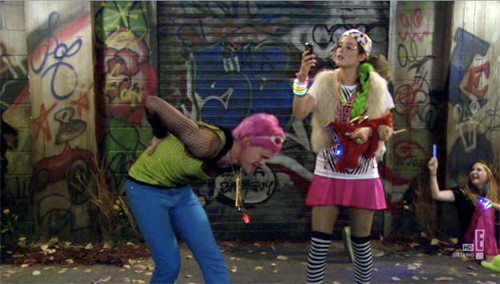 According to the episode, the following items are on Ted (the main character)’s Murtaugh List:

While I can’t agree with everything on Ted’s list (I still enjoy the occasional drinking games like beer bong and flip cup), I certainly see eye-to-eye on most of them.

For example, the older I get the more I realize how intrusive — and sometimes presumptuous — to ask a friend to crash on their futon/couch/floor. (Sorry to all my friends whom I’ve done this to over the years!) Now, I only stay at a friend’s place if they offer first, and if they have a spare bedroom. Otherwise, I much prefer a hotel room for my own comfort, convenience, and privacy, in addition to my friends’ sanity.

What about you? Do you have a Murtaugh List? Are there certain things you’ve found that you just can’t do anymore as you get older?