Back in May, I asked J if he would be doing anything for me for Mother’s Day.

“Why? The baby’s not born yet,” was his response.

I may sound bitter in the above paragraph, but at the end, I decided not to hold anything against J for not choosing to celebrate this past Mother’s Day together. And because I already believe J to be a father — and a great one at that — I wanted to do something for him for this Father’s Day.

So when I read that Hallmark would be releasing a special Darth Vader-themed Star Wars video card in celebration of Father’s Day, I knew that it would be the perfect gift. 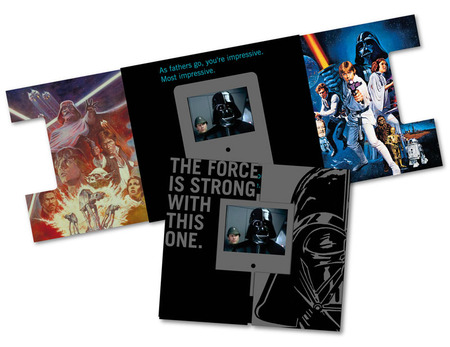 The minute-long video is a montage made up of light-hearted “fatherly” moments from the original trilogy, and features art from A New Hope and The Empire Strikes Back. 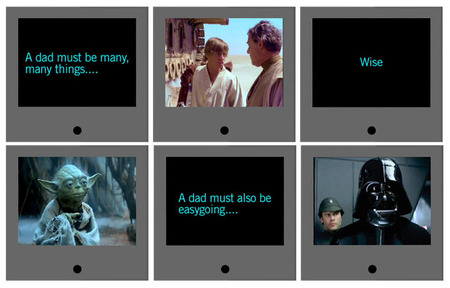 I had a feeling that fanboys would be all over this when it was released in time for Father’s Day, and I was right. I called over a dozen Hallmark Crown stores to see if anyone still had them in stock, only to find that it seemed to be sold out everywhere in New York.

I finally located an obscure Hallmark store in New Jersey that had exactly two left — and I begged the clerk who answered the phone to hold one for me.

45 minutes later, I walked out of the store with the video card in hand.

Being a fellow Star Wars fan and having Darth Vader as his favorite SW character, J naturally loved the gift. I couldn’t find any videos of the actual video online, so I decided to create my own to share with my readers:

Hallmark also released two Star Wars-themed augmented reality webcam cards for this Father’s Day. It was a tough call trying to decide between the two types of geeky cards, but at the end, I decided to go for the video card for its instant gratification.

« How My Father Showed His Love for Me with a...
What is the Best Way to End a Professional... »