My father and I aren’t particularly close, but we have a special bond — a bond that began on the day my sister was brought home from the hospital and remains to this day.

(Why the day my sister was brought home from the hospital? The story goes that I used to sleep right next to my mother every night until my sister was born. The day that my mother came home with a new human who would undoubtedly steal the majority of her affection, I promptly gathered my pillow and ran to my father’s side of the bed. I continued to sleep next to my father from that day forward, until my sister and I were afforded our own room.)

While I speak to my mother much more than my dad, my father and I have a special understanding. Because I can honestly say that he is one of the few people on this planet who gets me.

And at no other time was his love and empathy for his eldest daughter more apparent than about a decade ago, when my parents decided to visit a local carnival together.

My mother was visibly upset at me that summer night. I had changed my major for what seemed like the fifth time since entering college, setting my younger sister to graduate before me. I also had no clear plans for my future and seemed — to her — perfectly content to waste my time and my parents’ money.

My father suddenly stopped in his tracks. “See that game over there?” he asked her. It was a typical booth game where the players shoot water pistols into clowns’ mouths in order to have their balloon explode first.

“Most people would try their best to win that game. They would shoot straight for the clown’s mouth with no regard to the other players. Jenny is different. Jenny would make sure that everyone’s water pistol is working, that all the balloons are properly attached, and that everyone is having fun…BEFORE she starts her own water pistol.

“She may be taking longer to finish school and find out what she wants to do with her life. But in the meantime, she’s doing tons of volunteer work, being a good friend to her peers, and helping us with the store. Jenny doesn’t care if she finishes first, because she has a good heart.”

This story, as told to me by my mother, brought tears to my eyes and still stirs deep feelings within me whenever I think back to it.

Long-time readers of this blog would know that my father suffers from chronic hepatitis B, a disease that affects 1 in 10 Asian Americans. While his condition has somewhat plateaued, our family is fully aware that this “silent killer” will eventually take his life. In the past year, my mother has noticed the signs of the disease having reached his brain — his short-term memory is not what it should be, and he has begun to have trouble with day-to-day functions such as simple arithmetic.

I now treasure each moment spent with my father more than ever. Even if he’s annoying the heck out of me. And I am overjoyed that he will be able to hold his first grandchild come this September or October. After all, he — not my mother nor J’s parents — had been campaigning for J and I to have children as soon as we got married.

My father was also the happiest of all my family members — including myself — when we found out that I was having a girl. As I stated previously in this blog, he has told me many times over that having two daughters has taught him to be a better man.

I know my father never checks this blog; he wouldn’t be able to understand the English even if he tried. But I want to tell him, publicly, here — I love you. Thank you for being my father, and thank you for everything you are. 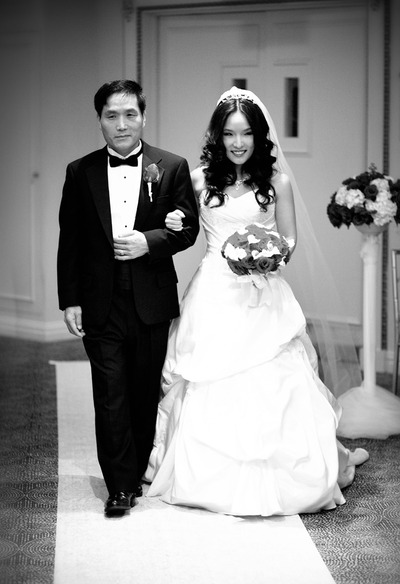