Yesterday J and I attended Star Wars: In Concert at the IZOD Center in East Rutherford, NJ.

It was…SPECTACULAR. I loved it.

We recorded a video of the opening number. I loved how they included the THX and 20th Century Fox music at the beginning, just like at the movies!

Here is J’s Flickr set for the event. He’s quite the photographer, don’t you think? 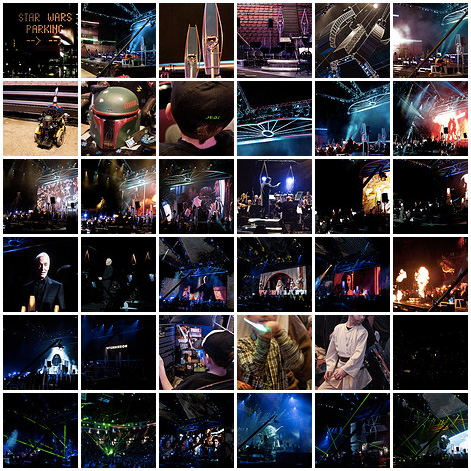 One of the best parts about the concert has to be that Anthony Daniels (the actor who played C3P0) narrated the entire event! He was the perfect choice to chronicle the musical journey, second only to John Williams himself.

Star Wars: In Concert only just started its tour, so go check out the tour dates and experience the magic for yourself!

(A huge thanks to J for putting up with my humming the Star Wars theme on the way to AND back from the concert! What can I say, I was excited!)