Once again, I am late with this update as I am closer to 23 Weeks now. There have been some big (well, at least to me) developments between weeks 21-22, so I feel that this is long overdue.

There isn’t much change there, but I did pack on a couple of pounds in the past week or so because my appetite’s been insatiable. Doh! Time to cut back on the snacks!

You know how many pregnant women have the “pregnant glow”? Well, there is a reason for it: with pregnancy comes increased circulation and increased bloodflow equals nice, rosy cheeks.

Nosebleeds
I hardly ever get nosebleeds, and even if I do, it’s only some bloody boogers here and there.

But this past week I got my first-ever, GUSHING FROM MY NOSE nosebleed for perhaps the first time in over a decade.

The nosebleed couldn’t have happened at a better time [sarcasm]: I was putting on makeup to go out and was nearing the end of my routine when I noticed some red in one nostril…and then a full on outpouring of blood.

For some reason, I was more annoyed at the fact that I had to wash my face and start over, and that I got some bloodstains on my shirt, than be concerned at the cause for the nosebleed. I blame it on pregnancy hormones.

After I was all cleaned up, I calmly did a web search for “nosebleeds and pregnancy” and there it was. Hello, new symptom!

The freeflowing blood only happened that one time (as of now), but I have had bloody snots and boogers regularly since that day. I no longer cringe or flinch in surprise when I see a bloody mess after blowing my nose.

Why else do you think so many women LOVE pregnancy sex?

I admit that I liked it too. Everything was more sensitive and sensual…and if J weren’t so busy with work I would have been jumping him every chance I got.

But sometime between weeks 21 and 22, the pressure increased —

— to the point where it HURT.

I have found that there is a cure for the pain, albeit temporary. The cure involves a release, and I think my readers are mature enough to figure out what that means.

Luckily, the pain is not ongoing. But when there is no pain, there is pressure. The kind that makes me wonder if baby girl is on her way out. But I know she’s not. Because it is concentrated more in the front.

Other than those two new symptoms, everything else has been smooth-sailing. I am now in my sixth month of pregnancy (and last month of the 2nd trimester), but it feels like I’ve been pregnant forever. I realized earlier today that if you count my previous pregnancy, I have been pregnant for 10 months in the past year…it’s no wonder I feel this way! 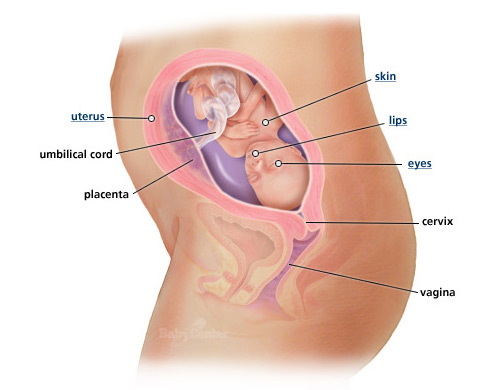 I have read (and heard from moms) that if we plan on doing anything major to the nursery, we should start it now before I get too uncomfortable. I had assumed that all we need to do is move out the queen-size bed and order the crib, but J is intent on painting, decorating, and making this room pretty and welcoming for our little girl.

“You know she won’t know the difference between an ugly room that barely passes for a nursery and a full-on, wonderfully furnished and decorated nursery,” I protested.

“But don’t you want to make things pretty for our daughter?”

I know he’s going to spoil her rotten. I just know it.

So I guess we will be making a stop by Home Depot in the near future. (“And maybe Bed, Bath, & Beyond, I don’t know, I don’t know if we’ll have enough time.” 5 points for anyone who knows where that’s from!)

« C'mon LeBron
The Other Dress I Will Never Wear Again »