It has been two months since I first decided to start accept advertising on this blog, and just a little over a month since the first ad appeared.

Now, I know that no one likes a braggart. And I am not in any way writing this post as a way to scream, “Look how much money I’m making!”

Rather, I decided to reveal my first month’s advertising revenue (and by that, I mean the first month when the ads first appeared, not when I began accepting ads) solely based on the fact that there are so damn few bloggers who openly share their earnings. 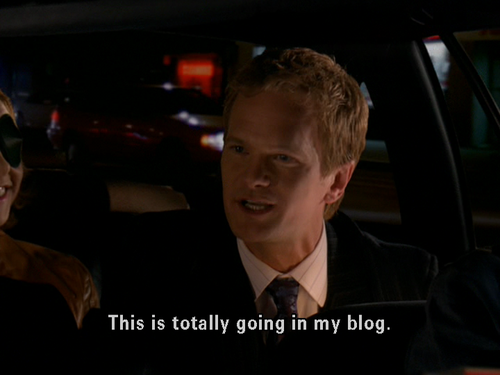 When I was first contemplating ads, the biggest questions I had were:

And since I had so much trouble finding some real answers to these questions, I have decided to share them here, without pretense, so that any other bloggers who may be struggling with similar questions may find some assistance.

As I have written before, I decided to go with BlogAds as my primary ad network. And just as BlogAds warned might happen, I did not get any advertisers for the first month.

But a few days into the second month, I received my first ad request (I have full control over whether an ad is accepted or not), and they began to roll in regularly.

This number is after BlogAds’ commission rate of 14% (it would be lower if BlogAds were my exclusive advertiser), or the BlogAds Hive commission rate of 30%. (Hives are sort of like communities within BlogAds. They take a higher commission, but the exposure rate is much higher.)

I expect this month’s ad revenue to be higher, as the quantity and sizes of ads have increased.

Perhaps I will even get the courage to raise my ad rates after a few months.

Shortly after I joined BlogAds, I also began to use Google AdSense as an additional source of advertising revenue, both on the sidebar of this site in addition to the RSS feed.

When I did a quick web search on how much I can expect to earn through AdSense, most people would answer, “Pennies a day.” So my expectations were not that great. However, in my case…

Not bad. Both numbers are still less than what I made in one day when I worked full-time, but it’s a lot better than before I started advertising, which was a big fat zero.

So my total advertising revenue for July 2011 was:

If you include my Amazon Associates commission for the month ($67.17, which was actually 2-3x the usual amount), the total money I made from this blog equals $307.24.

Definitely enough money for a couple of treats for myself and to start stashing away some cash for gifts. Furthermore, it certainly helps alleviate the guilt about not contributing financially to the household.

And you know what else? Remember what I had promised? I can now offer more, and/or better giveaways!

The very next giveaway on this blog is actually a sponsored one. If you haven’t read on the Geek in Heels Facebook Page yet, I will be giving away an iPad 2! The giveaway will start this Saturday the 13th so please stay tuned!

As for the next giveaway sponsored by yours truly, I already have a great one in mind and hope to run it within the next couple of weeks.

So please keep reading, and THANK YOU once again for all your support!

(For anyone who might be wondering, YES I would still blog if I did not make money from it — after all, that’s what I’ve been doing all these years! And YES I know I can probably make more if I actively sought out advertisers, did some affiliate marketing, sold products, etc…but for now I like the way things are.