Blogging the Periodic Table of Elements

I’ve always sucked at math and science, but if I had to pick a scientific field of choice, it would be chemistry. Perhaps it’s because I loved the visual aspect of the subject? Or maybe it’s because I loved the idea of tiny elements interacting with with other. Nonetheless, I actually did well in high school chemistry (unlike biology and physics) and even pondered taking a chemistry class or two in college.

It goes without saying then that I was thoroughly excited to read of Slate‘s new series of posts on the periodic table of elements. Over the next few weeks, author Sam Kean will write a separate post about 25 of the most interesting elements. 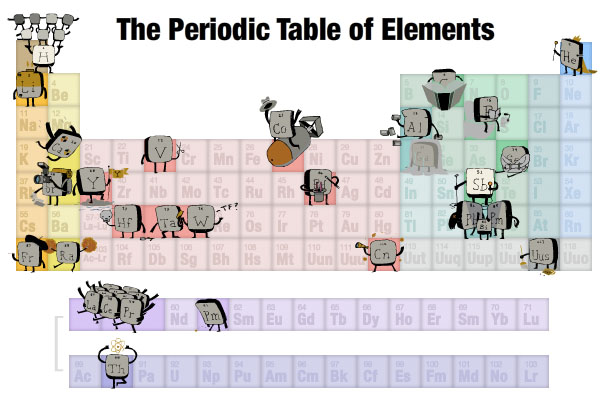 Each post will feature numerous facts about the element; its role in history, culture, and the arts; and its influence on modern day life.

In other words, more than enough nerdy facts to satisfy this geek’s desire!

Read the introduction to the series here. Be sure to hurry up, because the first two elements — antimony and hydrogen — are already up!

One Response to “Blogging the Periodic Table of Elements”