Ever since I started writing more about my religious views on this site, I have gotten more than a few comments and nasty emails stating that they will no longer read my blog because they disagree with my stance on certain issues.

I don’t have much of a problem with readers who choose to unsubscribe — they are certainly free to do as they wish! In addition, my main objective in blogging is to write and share my thoughts with the world. Although my readership is important to me, losing readers here and there will not hurt me financially (it’s not like I make money from this site anyway), nor will it discourage me from blogging.

That being said, what I would like to know from my former readers is: do you choose to boycott every website, business, institution, etc that does not 100% agree with your viewpoints? Because as you can see, my religious and personal views are not the only things I write about on this blog…if anything, they only comprise a small minority of my posts.

Personally, I read TONS of sites that do not always align with my views. I also watch TV shows and movies that advocate and glamorize non-Christian ways of life, and even sometimes openly mock Christianity.

However, I do not boycott these websites, television shows, or movies based on their viewpoints. Do I stay away from media that is strongly anti-Christian or against my core values? Yes. But if the majority of what they say is entertaining and/or even useful, I continue to read, watch, and by doing so — support — them.

Let’s take it a step further.

I remember when the BP oil spill was still making headlines and everyone I knew seemed to be proudly proclaiming that they would boycott all BP gas stations. Then I began to read more than a few accounts of gas station owners — the small business owners who had chosen to work under the BP brand before the whole spectacle began — who implored the public not to picket, vandalize, or boycott their places of business. According to them, the boycott of BP gas stations was hurting the small business owners far worse than BP corporate itself. And while switching to another gas company might be an option, it would cost tens of thousands of dollars to obtain the license, re-brand and re-structure. Nevermind the business that would be lost during the transition! 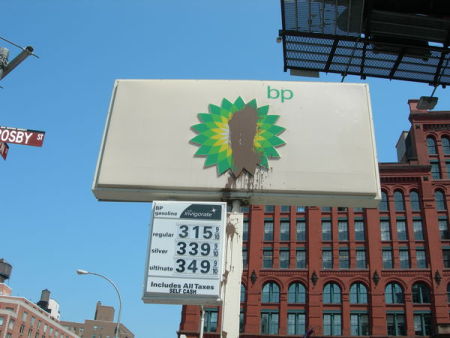 A more recent example can be found in Target’s donation to the Minnesota gubernatorial candidate Tom Emmer, who opposes same-sex marriage. The boycott movement began as soon as the new broke, and I believe it is still underway. Nevermind Target’s official statement on the issue (which is that they chose to make the donation based on the candidate’s pro-business stance). Despite the fact that Target does not discriminate against the hiring of gay employees, nor the fact that it has regularly supported gay rights in the past, many in the American public have been quick to protest and boycott the discount retailer.

I did not participate in either of these protests. And now that I think about it, I cannot remember a single instance in my life where I felt the need to boycott a retailer or a place of business based on their, or their employee(s)’s conduct. Even if I disagreed with their practices, I always felt that (1) I would be hurting someone else in the process; and (2) no cause has been THAT important to me.

(The only exception to this rule would be if a business’ sole or primary purpose were against my religious or moral beliefs.)

On the flipside, I do not consciously choose to support and patronize certain businesses because they align with my values either.

Surely I cannot be the only one? Do any of my readers feel this way? Or are you the type to openly protest issues or practices you believe to be wrong by boycotting? If so, do you choose to distance yourself from everything (including websites, television shows, and movies) with which you disagree?