The NFL season thus far has been…interesting, to say the least. We all know that the lockout must end asap, but we can’t help but look on with incredulous curiosity (with a hint of morbid amusement) as the replacement refs continue to make a mockery of the game.

But enough of that.

The reason I bring up the ludicrosity of the past 3 weeks is because I happened upon these beautifully redesigned NFL logos by Matt McInerney. Even if you’re not a football fan, you can’t deny that these minimalist interpretations are clever, engaging, and oftentimes a lot more alluring than the current logos.

Tennessee Titans:
“The colors and three Xs maintain the reference to the colors and
three stars on Tennessee flag. The remainder forms a T in formation
against the defense, using Xs and Os, the classic chalkboard illustration
of offense and defense.”

Houston Texans (alternate version):
“Instead of a referencing a long horn, this version uses an H + T to
create field goal posts, with a Lone Star shooting through the
uprights to cross the H.”

NFC & AFC:
“These logos rethink the stars in the current A and N wordmarks as
compasses, to be used in calling out NFC/AFC North, East, South,
and West. The animation attached shows how the points of the star could
be used for this.”

St. Louis Rams:
“A merger of the great helmet design with the mascot logo,
with a design based on perfect circles.”

I’m especially diggin’ the Seahawks, 49ers, and Vikings logos. How about you?

McInerney states that new logos will be added periodically, so be sure to check back if your favorite team hasn’t been featured yet. (And yes, I already requested a Ravens logo!) 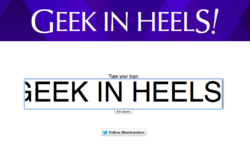 If Great Scientists Had Logos… 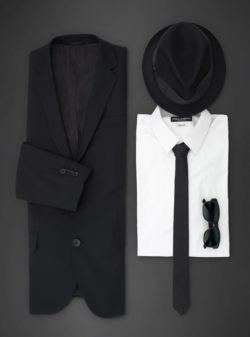 Fashion on the Big Screen: Guess the Films!

« Giveaway: Geeky T-Shirts from 604Republic (Two...
We Are the Introverts »