My Own Version of Hell

I once read a book which depicted hell as being different for each and every person. According to the author, every individual has a special version of hell specifically designed around his/her deepest fears and anxieties.

I couldn’t help but wonder what my customized hell would be like. And as I ran down my list of phobias (birds and fish…shudder), I realized that my fear of objects is nothing compared to my fears of certain situations.

Like many others, I suffer greatly from the first and greatest sin: pride. Add this to the fact that I was often teased and bullied as a child — if not altogether excluded or ignored — and my own version of hell would be obvious. Mockery. Humiliation. Shame. Feeling left out.

Perhaps a circle of the people in my life, with me at the center, while they tease me, laugh at me, and spit insults at me? For all eternity? 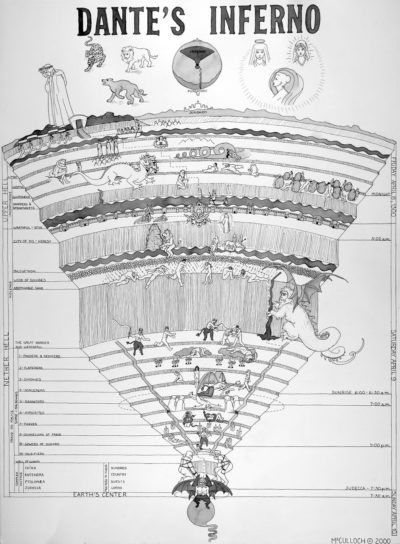 As Claire continues to grow and mature, it is becoming apparent that she takes much of her personality after me — her sensitivity to her surroundings, in particular.

But these days, I am afraid that I may have passed down my deepest fears as well.

I have read that most children begin to experience embarrassment between the ages of 15-24 months. Claire, having always been emotionally advanced for her age, started exhibiting signs of self-consciousness right after she turned one. There was a period of time when we, as adults, had to be extra careful when faced with funny stories or situations, because whenever everyone in the room started laughing, Claire would get upset because she was afraid we were laughing at her!

As she gradually grew out of this phase, we began to witness a different reaction. For the past few months, whenever everyone starts laughing, she will stop whatever she was doing and laugh loudly too. Most of the time, it is painfully obvious that she has no idea what everyone else is laughing about — she was either distracted or not paying attention to what was going on — and this forced laugh just sounds fake.

It is indisputable that she only laughs along because she wants to feel included.

As parents, we all want the best for our children. We hope and wish that they will only take after the best facets of ourselves, that the things we despise most about ourselves will become lost and eventually disappear from our family’s gene pool.

Perhaps this aspect of Claire’s personality will change as she grows older. But for now, I can’t help but feel at least a bit guilty that my young daughter, who is only still a toddler, is already experiencing emotions of self-consciousness and potential shame.

Because now, my own version of hell includes my children alongside me at the center of the circle of humiliation.

« Strangers from the Past, Stories for the Future
Video Game Characters Reinvented as Traditional... »

5 Responses to “My Own Version of Hell”