Ukiyo-e Heroes is a project that follows the execution of pop culture in Japanese art. In artist Jed Henry’s own words:

Ukiyo-e is a Japanese word. Ukiyo was the pop culture movement in old Japan. The Ukiyo crowd were the trendsetters of their day. Actors, artists, entertainers. And ‘e’ means pictures. So one interpretation of Ukiyo-e could be pop culture pictures from old Japan. And just like Japan had a huge pop-culture scene back then, Japan still exports tons of popular characters and stories. Especially in the form of video games. And it’s pretty obvious that when modern Japanese designers were making the first video games, they looked back on their own artistic heritage for inspiration.

Traditional art combined with video games? Oh you know me too well…

Can you pinpoint the origins of these designs? I can — and I can’t get enough of the “Street Fighter”-inspired triptych! 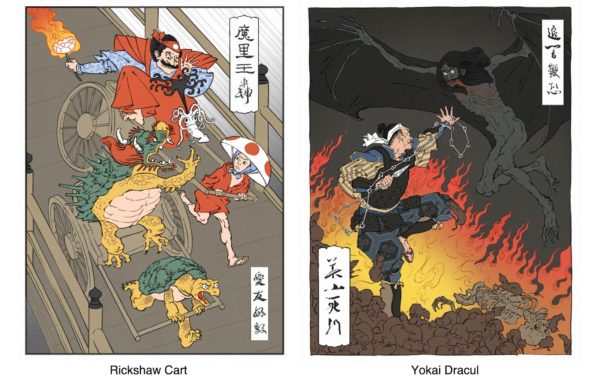 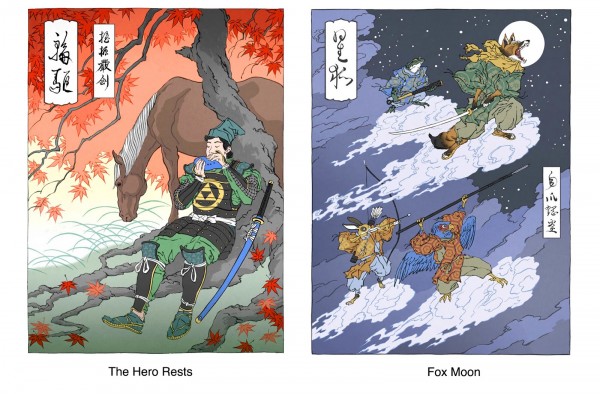 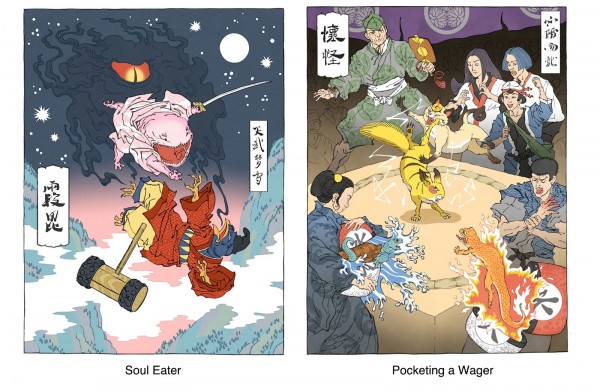 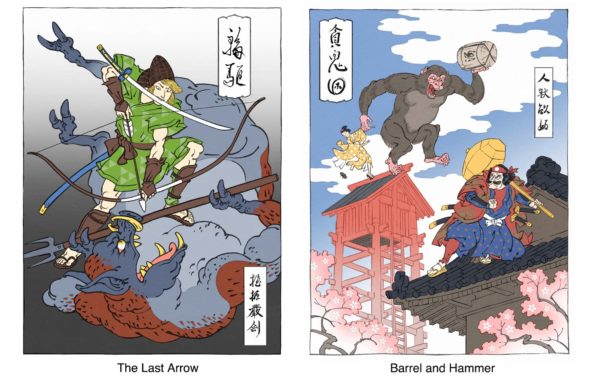 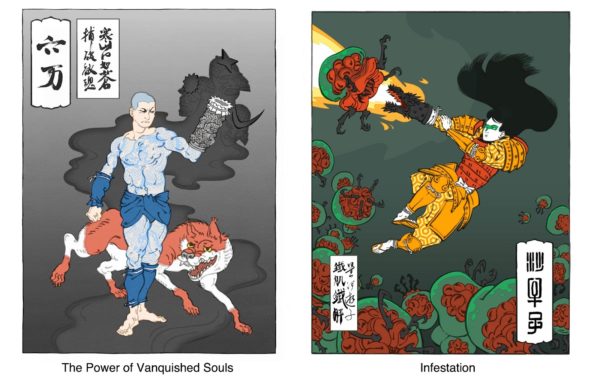 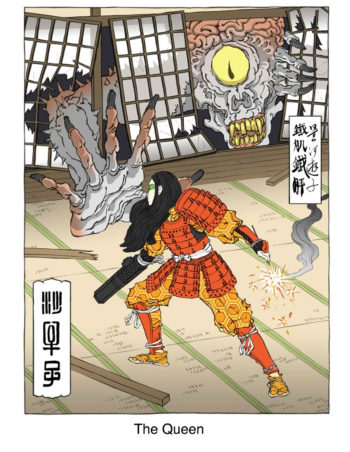 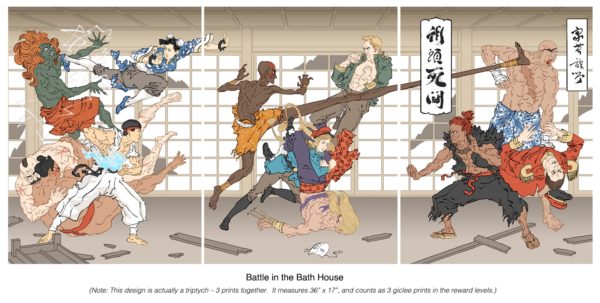 I can’t help but be reminded of the Star Wars + Edo Japan mashup I had featured previously on this blog.

Would you like to get your own copy (or two…or three…or the entire collection) to adorn your walls? You’re in luck, because Henry has collaborated with woodblock printmaker David Bull to make actual woodblock prints that are available via Kickstarter.

Be sure to click on over to the project’s page for more information regarding the prints, including videos of the printing process!