In the opening scene of the season finale of Mad Men last night, Betty Draper goes to visit Roger Sterling in a freshly mowed hay field wearing a huge white wedding dress and gets shot in the head with a rifle by an off-screen Jane. She was aiming for Roger, but the first bullet missed and he hit the deck like a good soldier. As the second bullet entered the back of Betty’s head, the camera swung around 180-degrees in a Matrix-like way and we see the bullet exit her neck about two inches below the ear. A ray of light shines through the hole as the bullet exits, as if Betty is made of pure light.

And then I woke up. I haven’t seen the actual episode yet. (Friends, don’t let friends eat late Vietnamese dinners.) 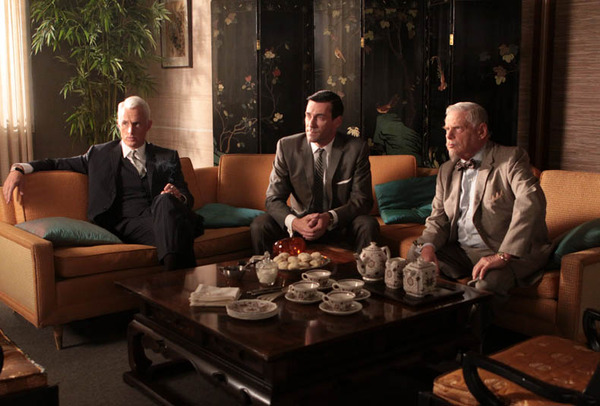 Did you LOVE it as much as I did? I really do think that Season 3 has been the best season of Mad Men yet, and the final episode was the best of the season!

3 Responses to “Spoilers (Well, Not Really)”