The Seasons When Your Favorite TV Shows Peaked 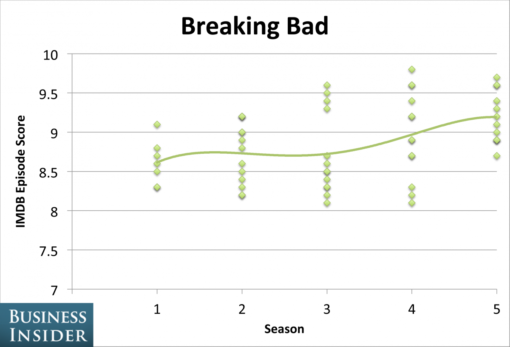 My favorite season of Breaking Bad is actually the first one. For me, the graph would more closely
resemble a shallow U. 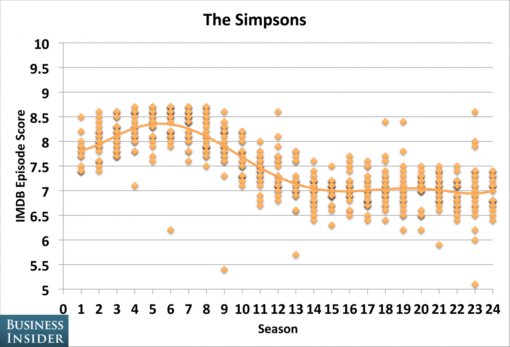 I haven’t watched The Simpsons in a while, but it’s still interesting to see the progression of the
world’s longest-running sitcom. 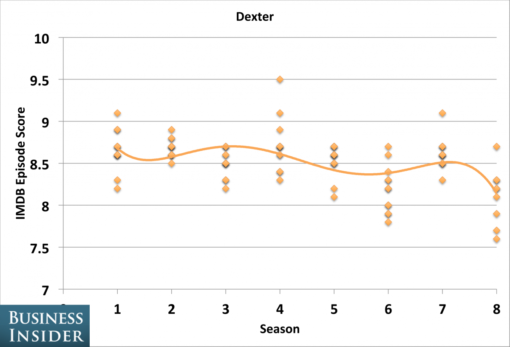 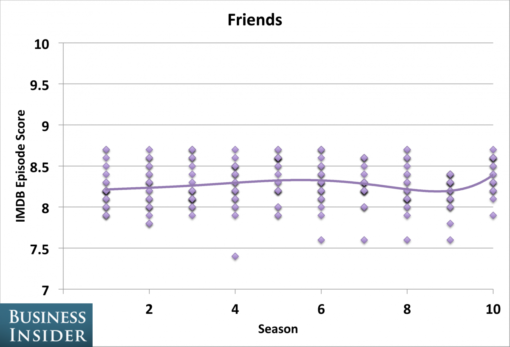 I loved Friends and I loved how the show ended. But I didn’t think Season 10 was that great. 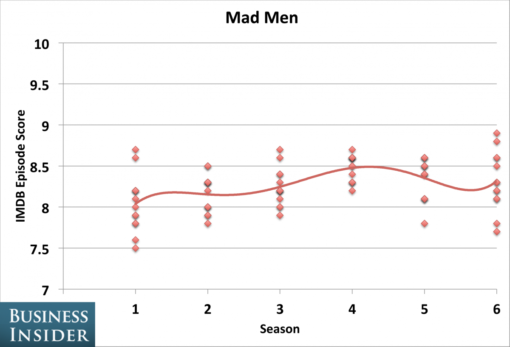 Surely I can’t be the only one who believes Season 5 was better than 4? 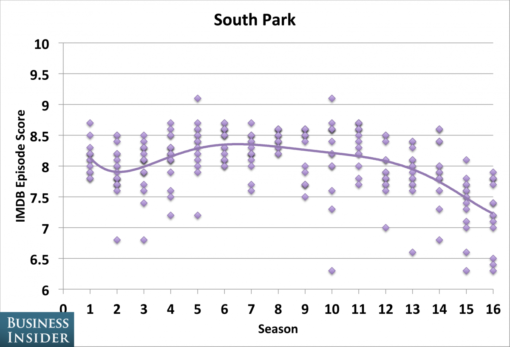 Most seasons of South Park are jumbled up in my head. All I know is that my favorite episode,
“Make Love, Not Warcraft,” was mid-season 10. 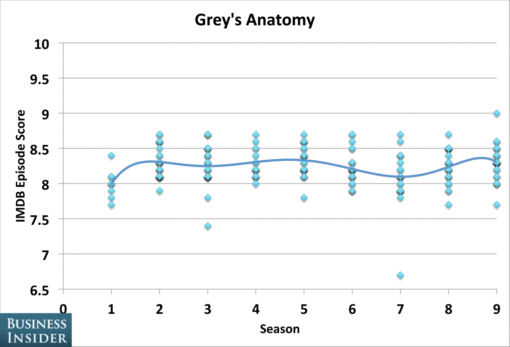 One of the few dramas that continues to produce awesome episodes so late into its run. 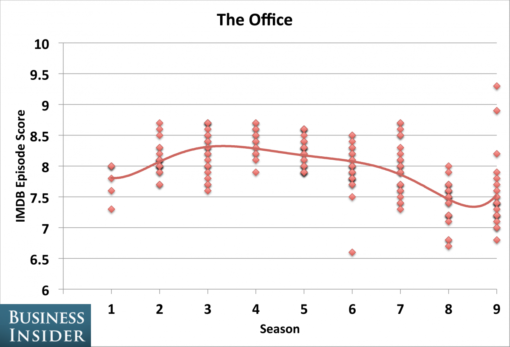 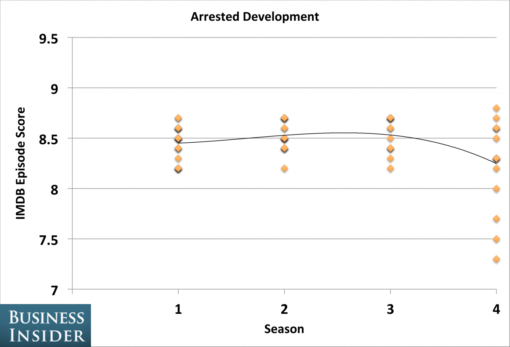 I’m keeping my fingers crossed that the next season (or the movie) will be better than Season 4. 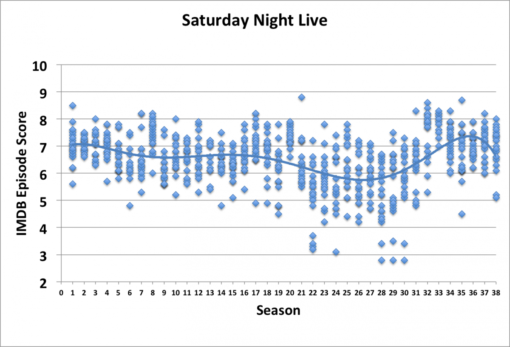 I’ve only listed my favorites above — be sure to check out Business Insider for more!

One Response to “The Seasons When Your Favorite TV Shows Peaked”