A bug in Twitter’s new t.co URL shortener allows users to tweet well over the 140-character limit. And some Twitter users are taking full advantage of the flaw, like @sskhybrid who shared a 2,135 character tweet, or @esehara who decided to tweet Genesis Chapter 1 in its entirety (3,157 characters). 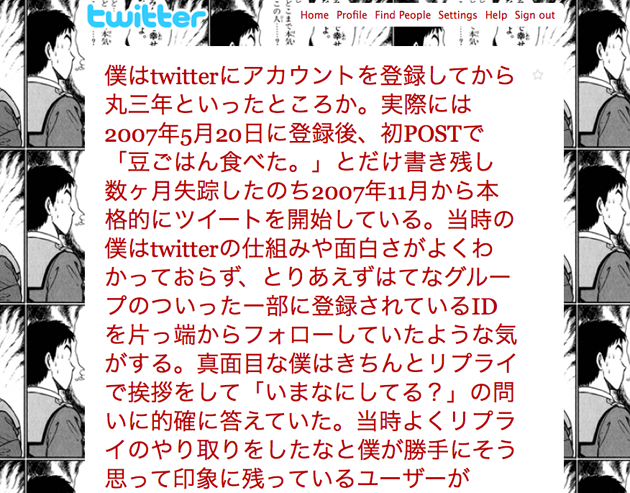 If you want to join in on the new trend, just head on over to http://twitter.com/share?text=&url=yourtext, add whatever you want in place of “yourtext,” copy and paste your new t.co URL to Twitter (or use the convenient TweetButton), and tweet away.

The only caveat seems to be that the long tweets will not be able to viewed on many mobile Twitter clients, only on the Twitter website itself.

« The Office Strikes Back
The High Cost of Insomnia »