Earlier today, we went in for our second 3D ultrasound (we got a free repeat session because the baby was in an unfavorable position the first time). While the baby cooperated a bit better this time around, she still had her hands in front of her face for most of the session, causing much poking from the ultrasound technician, my rolling over to either sides, and downing an entire Snapple bottle to get her movin’.

We also discovered that I have an anterior placenta — where the placenta is positioned in the front side of my uterus with the baby behind it — which makes it more difficult to get good ultrasound pictures.

Nonetheless, I was happy to see my little girl active and thriving inside my belly. We confirmed that she is, in fact, a girl, and managed to get a few good shots (out of 61!).

The top of her face is covered here, but this one is my favorite because you can clearly see that she’s smiling! 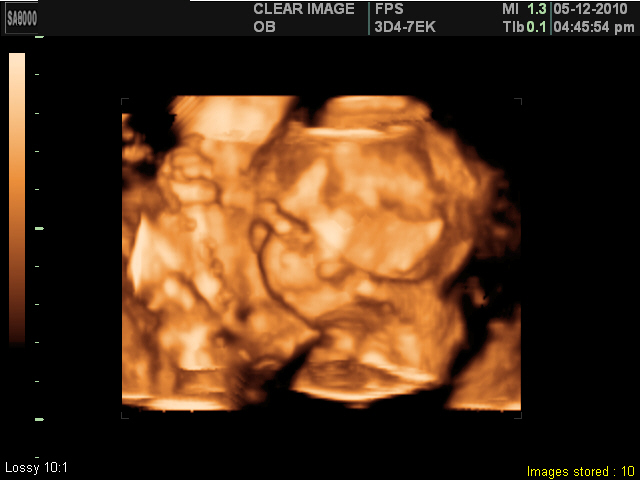 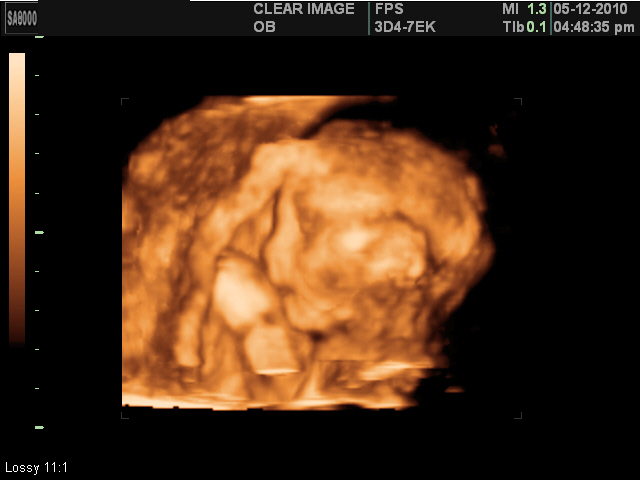 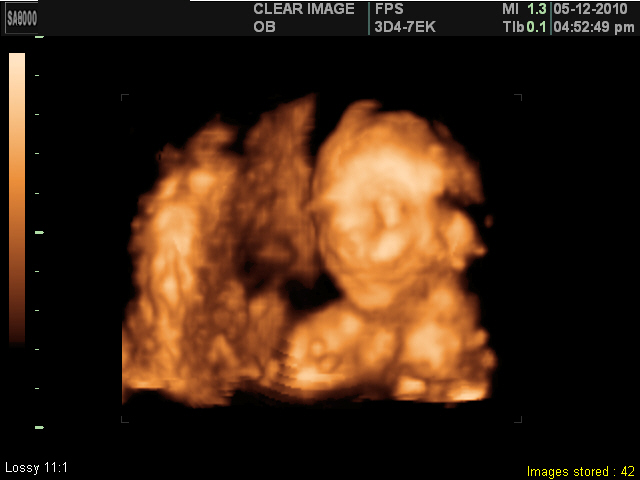 This picture is from our first session. I decided to include it because of the cute little fingers! 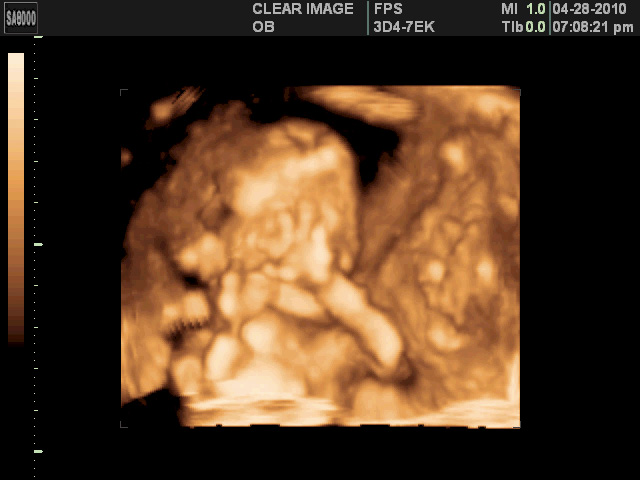 The ideal time to have 3D/4D ultrasounds is in the low 30th weeks. By then, the baby will have developed enough fat to have the cute chubbiness associated with babies, and will actually look similar to how he/she will look when born. Earlier than that, and the baby may not look like he/she will when born; later weeks may pose a problem getting a good shot as the baby will not be able to move around as much.

Although the ultrasound facility gave us a $50-off coupon for a later session, we will most likely forgo it. The main purpose of this elective ultrasound was to find out the sex of our baby a few weeks early. Getting to see how she looks inside the womb was just an extra treat.

« Let Me Sniff Your Stinky Paws
The Lemon Clot Essay »