An Ear Infection, and 38 Weeks

Our Claire Bear has an ear infection.

She woke up several times last night, which we had attributed to teething, and this morning flat-out refused to eat. Then, she woke up from her morning nap with a fever and proceeded to just cry and cry.

Coincidentally, Claire’s 1-year pediatrician visit was scheduled for later today. I called the doctor’s office and they told us to bring her in right away.

Our pediatrician prescribed us some amoxicillin, advised us to administer ibuprofen if the fevers persist, and told us not to worry too much. 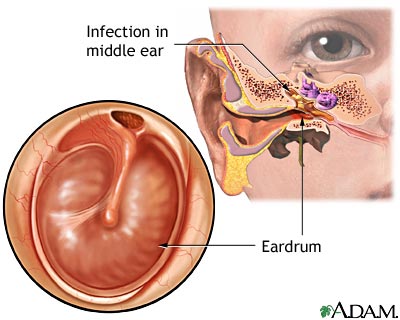 Thanks to the ibuprofen, Claire’s fever is now down and she is starting to smile again. But she still refuses to eat, and although we’ve put her down for a nap so that she can get some rest, she is fussing in her crib. (We cannot hold her or carry her to sleep because she has not been able to do that since we sleep-trained her at 4.5 months.)

This is the first time that Claire has been sick. I know that I should feel lucky that our daughter has not fallen ill for the entire first year of her life, and that I shouldn’t worry too much since ear infections are one of the most common illnesses among babies. But I can’t help but be overly concerned — I have been reading up on ear infections as soon as we returned from the doctor’s office — and I have even shed a few tears, just thinking about the pain and discomfort that my daughter must be going through.

If any parents can chime in on what has helped with your children’s ear infections, I would greatly appreciate it!

I can’t believe that there are only two weeks left until BebeDeux’s due date! There isn’t too much to write in terms of an update — I am still feeling very uncomfortable — and while at this point of the pregnancy with Claire, I couldn’t wait for her to come out, I am hoping that BebeDeux stays in there for as long as possible because I’m still scared sh*tless about becoming a mother to two children who are just 13 months apart.

I had my weekly OB visit yesterday, and it was a memorable one because my doctor asked if I would mind if a medical resident joined us for the exam. I agreed, and as the doc began the ultrasound (I get one every visit because our OB practice has a small ultrasound machine on premises), he began a little lecture:

This patient presents a special case because she was diagnosed with acute appendicitis during her second trimester and had to have an appendectomy as a result. Can you tell me what to look out for with appendicitis in pregnancy?

Additionally, the doc would point out specific things on the ultrasound, ask further questions, and so forth…heck, even I learned quite a few things!

And the entire time, I couldn’t help but be extremely fascinated, because it felt exactly like I was a patient on one of my favorite medical shows, like “Scrubs” or “Grey’s Anatomy”! 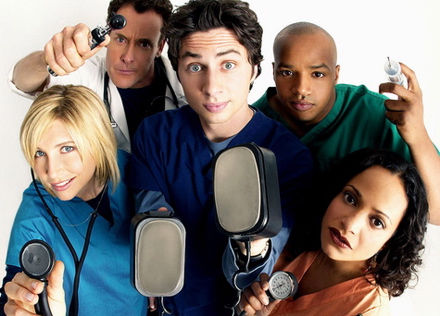 Once again the doctors couldn’t find anything to be concerned about — I have tested negative for all possible infections and complications, my blood pressure remains normal and steady, there still remains plenty of amniotic fluid, and BebeDeux remains head-down and rear-facing.

I asked the doctor if second children usually tend to be larger than the first, because that’s what everyone’s been telling me, and he said that this is another widely-believed myth. He took BebeDeux’s measurements and estimated that she will probably weigh in the 6-7 lb range, just as Claire was at birth (she was 6 lbs 7 oz).

He offered to do an internal exam to see if I am dilated or effaced at all, but I refused. Remembering my experience with Claire — I was still only 1cm dilated and 30% effaced just 12 hours before going into labor — I know that these numbers really can’t predict much about when the baby will arrive!

« How to Find Kentucky on the Map
YOU SHALL NOT PASS! »

9 Responses to “An Ear Infection, and 38 Weeks”