A Small But (Hopefully) Meaningful Gift

I just realized that I never shared Aerin’s Chinese and Korean names with you guys.

Aerin’s Chinese name — 君靖 (Gwan Zing) — was chosen by J from a list of “pre-approved” names given to him by his parents. Claire’s Chinese name, 君婷 (Gwan Ting), was chosen this way too. In fact, J used the same list for both names, and when his brother has children, he too will be naming them from the list and the first character of the names will be the same as well.

My father had chosen Claire’s Korean name — 다정 (Da Jung) — and I personally love it. Not only is it cute and easy to pronounce, the word 다정 is used in the Korean language to describe a relationship as being sweetly intimate.

Contrary to Chinese tradition, where siblings (and sometimes even cousins) share the same first character in names, Koreans tend to share the second character. As such, when I approached the end of my pregnancy with Aerin, my father presented me with a short list of names that end with “Jung”:

My parents liked Soo Jung the best, but I believed it to be a bit too plain. My sister liked Eun Jung because our mother’s name uses the character “Eun.” But I was hesitant because Eun Jung had an awkward flow when paired with the Korean pronunciation of J’s last name.

We decided to sit on it and think about it some more, when I suddenly had an idea —

Why not use the Korean character that my sister and I share in our names: 효 (Hyo)? 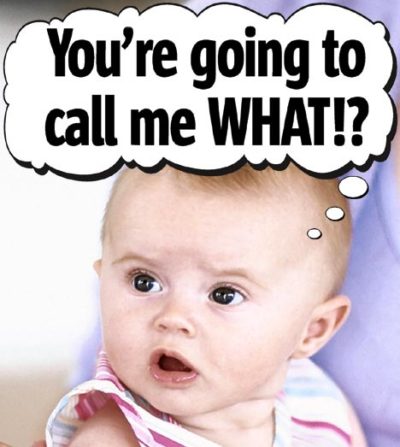 I had already been feeling bad for Aerin because almost everything she was getting were hand-me-downs from her older sister. (And I know that it will probably remain this way for a large portion of her childhood.) There is also the fact that practically everyone was telling me that when both kids are crying for my attention, I should tend to Claire first because she is more likely to remember it later on. Hearing this, how can you not feel sorry for little Aerin?

I have written in the past that I used to hate my Korean name 효진 (Hyojin), but have grown to love it over the years. It’s even starting to become popular in Korea, with two celebrities — Kim Hyo Jin and Gong Hyo Jin — with the name.

So why not pass down to Aerin a part of myself that was given to me by my late grandfather? Something that I love and am proud of? Something that ties in with my identity and being?

It may not seem like much to some people, but I thought it was a great idea. And a wonderful gift to be presenting to my second daughter.

So it was decided. Aerin’s Korean name was 효정 (Hyo Jung).

And you know what? I think I may like it even better than my own name!

9 Responses to “A Small But (Hopefully) Meaningful Gift”