When Claire was first born, no one could really say who she looked like — there were moments here and there when she looked like J’s father, and flashes when she resembled me…but no definitive comments of “Ohmigosh she looks exactly like ______!” as you see with many other babies. 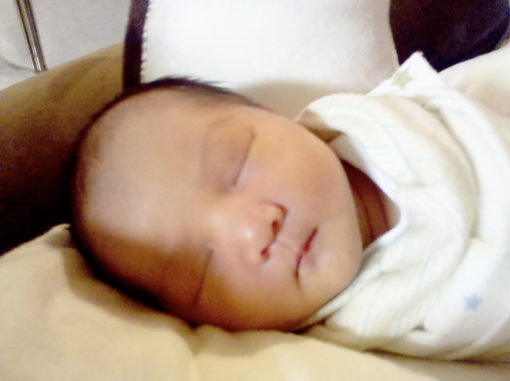 One of the few pictures where she looks like me

These days, everyone says that Claire looks like her uncle (J’s brother). Not only do they have similar features, they make the same facial expressions, so it’s quite comical when they’re sitting next to each other, or staring at each other with the same one-eyebrow-cocked expression.

Even my own mother, who was at first a skeptic, cracked up when she first saw them together — “Be careful!” she told me. “Others might think you guys did something bad if they see how much Claire looks like her uncle!”

(And I always tell my SIL that the reason she loves Claire so much is because Claire looks so much like her husband!)

Last weekend, my mother sent me a picture with her iPhone. “I think you were about six months old here…see, Claire DOES look like you!” 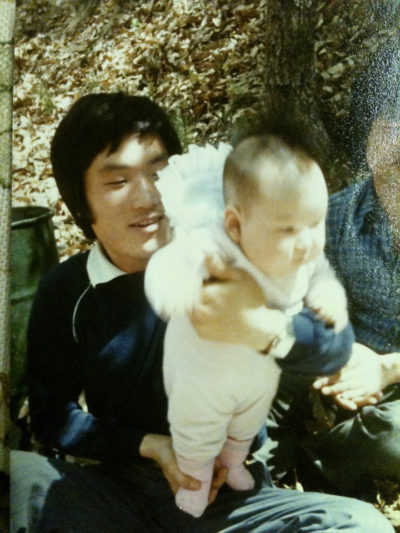 I love my dad’s hair in this picture.

I was pleasantly surprised for two reasons: (1) my parents could not afford a camera when I was younger, so there are very, very few baby pictures of me and my sister and I could not recall seeing this one before; and (2) I could really see some likeness! Especially in the hair pattern and big chubby cheeks. 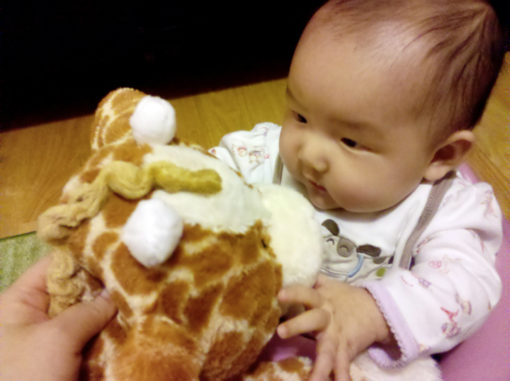 A shot of Claire when she was six months old

I always feel bad for J that his firstborn doesn’t look anything like him. So with this episode in mind, I decided to take a look at his baby pictures to see if there’s a resemblance…

And there isn’t much.

You gotta admit that he was a cute baby though, and Claire definitely has his eyebrows — 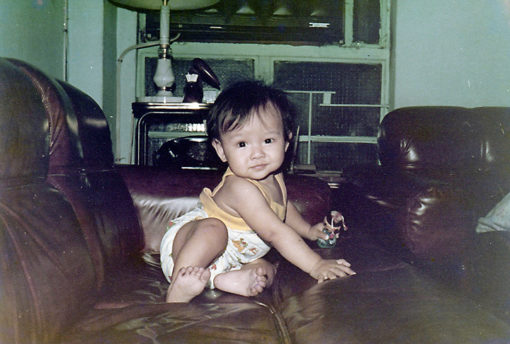 A recent picture of Claire, for comparison: 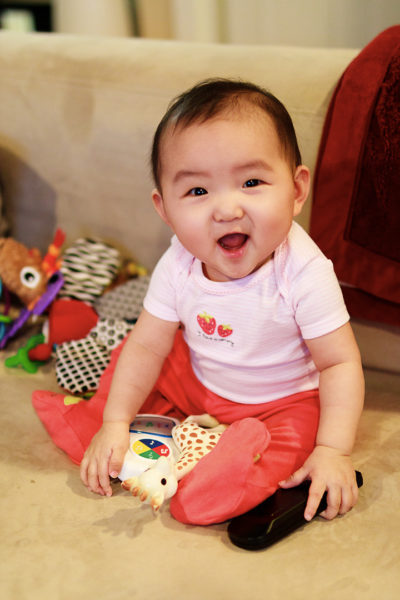 And, just because I think nekkie pictures of babies are so adorable… 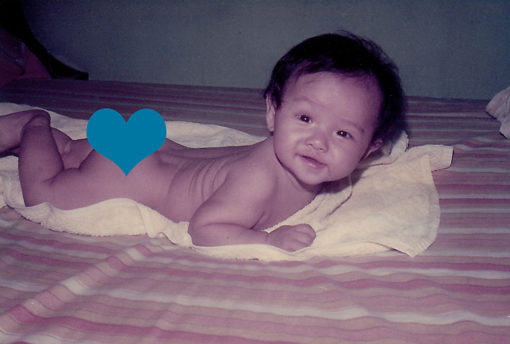 I’m keeping my fingers crossed that BebeDeux will look like J. I think that having a daughter who looks like him will help ease his longing for a son. Plus, J looks exactly like his mother, and his mother is quite an attractive lady!