From Dating to Messaging to Texting

Over the weekend, I read a NYTimes article titled The End of Courtship? which questions the new millennials’ methods of dating — or, in this case, not dating.

Instead of dinner-and-a-movie, which seems as obsolete as a rotary phone, they rendezvous over phone texts, Facebook posts, instant messages and other “non-dates” that are leaving a generation confused about how to land a boyfriend or girlfriend.

Traditional courtship — picking up the telephone and asking someone on a date — required courage, strategic planning and a considerable investment of ego (by telephone, rejection stings). Not so with texting, e-mail, Twitter or other forms of “asynchronous communication,” as techies call it. In the context of dating, it removes much of the need for charm; it’s more like dropping a line in the water and hoping for a nibble.

Online dating services, which have gained mainstream acceptance, reinforce the hyper-casual approach by greatly expanding the number of potential dates. Faced with a never-ending stream of singles to choose from, many feel a sense of “FOMO” (fear of missing out), so they opt for a speed-dating approach – cycle through lots of suitors quickly.

I grew up during the transition between traditional courtship and the current hookup culture. I remember calling boys I liked and hanging up (ahh, the good old days before call waiting!). I remember getting calls from boys who were interested in me. I also remember waiting by the phone, biting my nails down to the quick, sighing and moping and playing Tori Amos and Sarah McLachlan on repeat.

In fact, out of the four boyfriends I had before getting married, two “won” me over via IM. And out of the two, J practically stalked me online — as soon as I signed on, it was guaranteed that he would message me within 2 minutes. 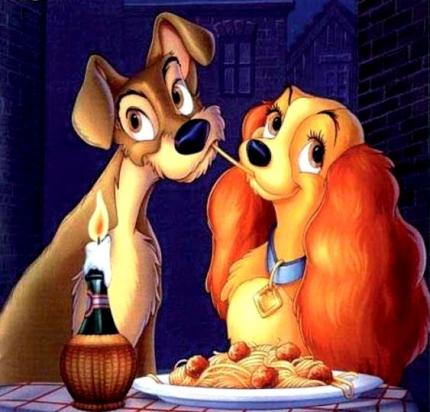 Now they’re saying texting has replaced IMs. Is this true? This is a genuine question coming from a 32-year-old who started dating her husband before text-messaging became mainstream.

If this is the case, I can’t help but feel a little sorry for the new millennials. Phone calls tend to be more personal than IMs, and I recall feeling some awkwardness when I met my soon-to-be third boyfriend — with whom I had shared hours of IM conversations — for one-on-one coffee for the first time. (Do people even date over coffee anymore?)

Luckily, that awkwardness soon passed and we stayed together for a year. But if I feel like this over IM conversations, surely there must exist people who feel similarly over text messages/Facebook messages/Tweets?

What do you guys think? Will traditional courtship become extinct soon?

4 Responses to “From Dating to Messaging to Texting”