In this day and age, I honestly do not know a family (in real life, not ones I only know through the internet) who never lets their babies play with their touchscreen phones or tablets. In fact, the Nabi Tablet — the first Android tablet that is designed for kids — is currently at the top of my Amazon Wishlist!

In this guest post, Mrs. Zhukeeper (hilariously) gives us a run-down of popular accessories to keep your iPhone baby-proof, as well as a very good reason why the iPhone, iPad, and other similar devices may be GOOD for both you and your child. Enjoy!

Last year, at my cousin’s sixth birthday party, his parents gave him…an iPhone. At first, we thought it was pretty ridiculous, but then we found out that it was his father’s deactivated old phone, which was just sitting around since he’d bought a new one. And now that I have a one year old, my first thought has changed from “Really?? A six year old needs an iPhone?” to “Wow, I can’t believe they didn’t give him one until he was SIX!” 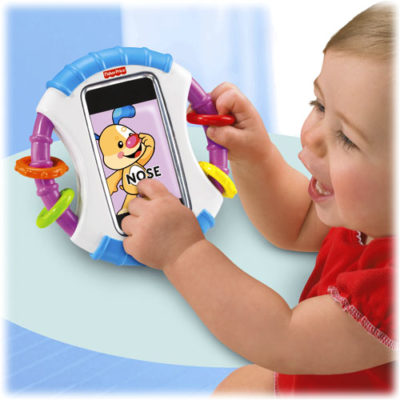 Which is to say, babies LOVE LOVE LOVE iPhones, or any touch screen device, or, well, anything with buttons. This is clear from the new rash of products designed to enable you to allow your baby to play with the iPhone without messing it up, by blocking the home button so the baby can’t close out the current app, protecting the screen with a plastic cover, and/or making the phone easier to hold or chew on.

A few of the options on the market now are: 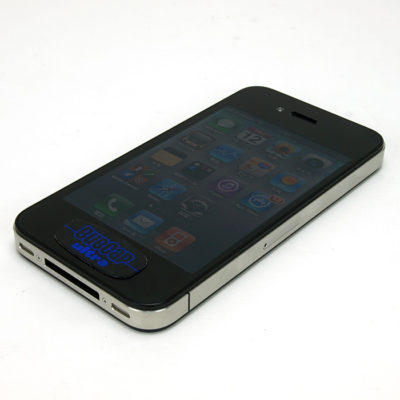 The BubCap — which I’ve heard other moms rave about

All of which begs the question, should we be handing over our iPhones to our babies?  Cracked recently ridiculed the Woogie in its Twelve Great Parenting Products for Traumatizing Your Baby, saying:

As most moms today will gladly tell you, one of the best ways to shut your kid up is to hand her your iPhone. Kids LOVE those things. Unfortunately, iPhones don’t come cheap, nor do they work so well after being sucked, bitten, smeared with grape jelly and farted on repeatedly, which is what we presume happens every time you hand an iPhone to a kid.

Enter the Woogie, half stuffed animal, half protective pouch, all electronic babysitter. Your iPhone fits snugly inside, safe and sound, and there’s a screen protector to keep sticky little fingers off. And, if your little princess is too young to hold it herself, the Woogie’s legs will prop it up. Balance it in her lap, put Sesame Street or some shit on there and grab a few precious moments to go out and get a latte or whatever.

Never mind the haters who suggest you might be introducing gadgets at too young an age or should be actually interacting with your child. They’re probably just jealous that your iPhone does a better job of parenting than they do. Idiots.

However, in the midst of such products as a bite counter and a tube to help boys learn how to aim when they pee, there are a few less ridiculous products mixed in. In fact, an earlier article on the same theme ridicules the much beloved NoseFrida, which makes it pretty clear that the Cracked authors couldn’t be parents themselves. Sure, using your mouth to suck snot out of your babies nose through a tube doesn’t sound like a good idea, but thousands of parents swear by it. 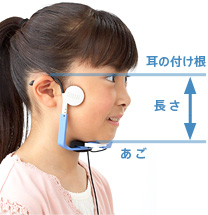 Okay, yes, this one is just crazy

Likewise, a lot of parents I know would vehemently disagree with Cracked‘s take on iPhone toys for babies. The number one reason for this is what I call The Break. As anyone who has ever spent any substantial amount of time alone with a baby could tell you, it is extremely physically and emotionally draining — even when you’re having a wonderful time! What I finally realized not too long after my son was born is that if you make a few minutes for a Break when you start, um, going crazy, then everyone is 1000000x happier. So maybe grabbing “a few precious moments to go out & get a latte or whatever” isn’t something we should be mocking so much as saying “YES!! TAKE A MINUTE TO YOURSELF ON OCCASION!!!” 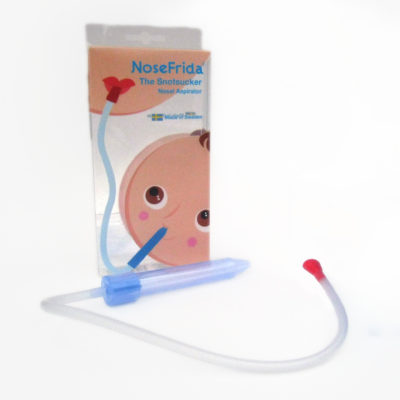 Parenting can make you do crazy things

Like, well, pretty much everything in life, tools such as iPad baby apps should obviously be used in moderation, but for the life of me I cannot come up with a single argument against letting your baby play with an educational app for 5 minutes once or twice a day. Sure, a reliance on electronic toys or television could inhibit a child’s imagination, creativity, and/or attention span, but…seriously? Five minutes? And that’s all it really takes (usually) for a parent to breathe and reset and get back in the game. 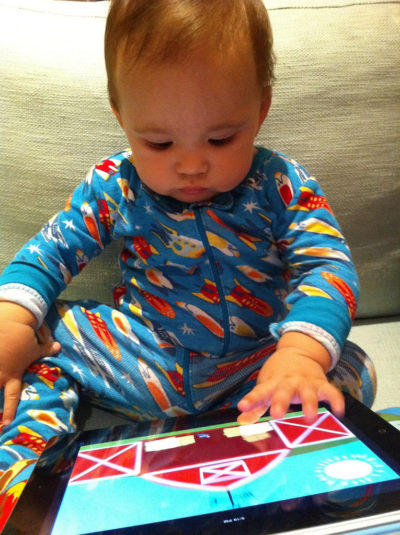 My son enjoying Peekaboo Barn on the iPad

Obviously it’s bad to leave a baby alone with an iPhone for hours, or alone in front of a TV for hours, but you know what? It’s also bad to leave a baby alone with an extremely safe educational toy for hours! Point is: it’s a BABY! Babies require supervision! So if I’m desperately in need of 5 minutes to clear my head, sue me if I’d rather take that mental break while my son happily plays with an educational app in my lap instead of leaving him alone in his crib to cry. Parents have to take breaks sometimes, and this seems like as good or better a way to do it as far as I can see. Plus, super handy at a restaurant or on a plane or when I’m on the phone to keep him quiet! But again — in moderation.

So as far as I’m concerned, order whatever you want to make you feel more comfortable about handing over that iPhone, take a Break — and get a latte, why not?! — and interact with baby again in a few minutes. Your baby might need a Break from YOU too! 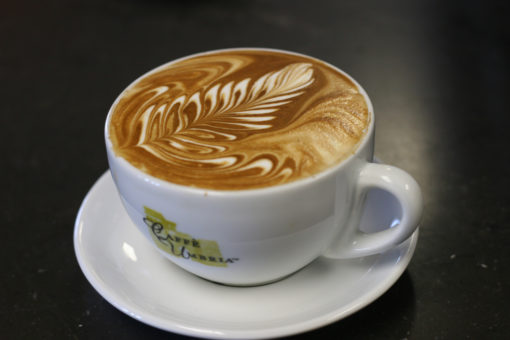 Disclaimer: I was not paid to review any of these products and have in fact never used any of them! But I do let my son play on my iPhone & iPad…

Ms. Zhukeeper blogs about her 1 year old son, cat, husband, and whatever else strikes her fancy over at The Zhukeepers. Currently a stay at home mom, she and her family have just purchased their first home and made the move from New York City to Philadelphia.