While Hallyu (aka the Korean Wave) has been sweeping across the eastern hemisphere like a tazmanian devil on crack, Korean stars have yet to penetrate the fickle and demanding world of Hollywood.

Until just recently, Korean celebrities’ foray into American pop culture could be summed up in two words: epic fail.

Take Rain, for example. Rain, who is possibly the most popular male celebrity in all of Asia – voted the second most influential person in the world by a Time magazine poll in 2008 – managed to gain some recognition when Stephen Colbert challenged him to a dance-off:

However, his first venture into Hollywood, playing the part of Taejo Togokahn in the disaster of a movie known as Speed Racer, went seemingly unnoticed and even ridiculed, largely due to his spectacularly poor English:

Skip to the 0:55 mark, where the interviewer asks how Rain has been training for his role. Rain responds with “…controlling my mind and menu with chicken breasts and vegetables…you know, it’s horrible, you know…”

However, I am happy to announce that Korean pop sensations are finally starting to receive some praise and much-deserved attention, thanks to web personalities such as Perez Hilton. The Korean girl-group Wondergirls have hit the U.S. with full-force this summer, opening for the entire American leg of The Jonas Brothers World Tour. They have even made an English version of their catchy single “Nobody”:

(Personally, I like the original Korean version better but the English version is pretty nice too!)

And come August 7th, one of my favorite Korean actors, Lee Byung Hun, will make his Hollywood debut as Storm Shadow, the “white ninja” in G.I. Joe: Rise of Cobra.

I’ve had a crush on Lee Byung Hun since his Happy Together days, but it was really his starring roles in two epic Jo Sung Mo music videos that sealed the deal for me.

The classic Korean ballad, “To Heaven”:

Even if you do not know a word of Korean, I guarantee you will enjoy these videos…they are mini Korean dramas themselves!

A few years back, I had the pleasure of meeting Lee Byung Hun at a bar in NYC’s K-Town. Let’s just say I was not disappointed to see one of my favorite Korean stars in person, as he’s much better looking in real life!

Ever since I heard that Lee Byung Hun was cast in G.I. Joe, I had been eagerly awaiting to see clips and/or stills featuring him (without the mask). However, they were disappointingly missing from the web…until now. 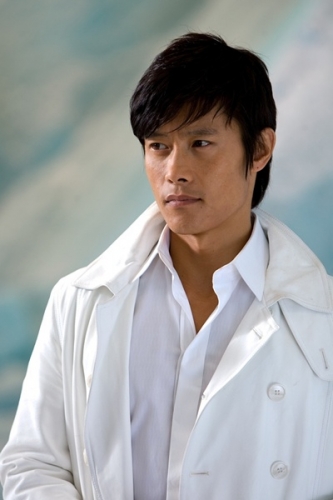 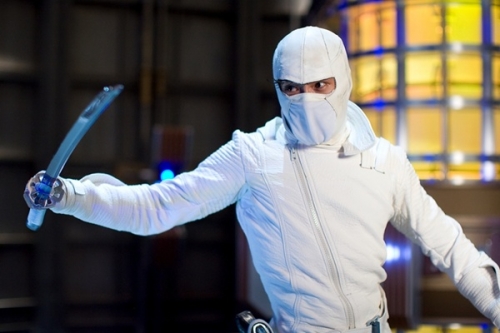 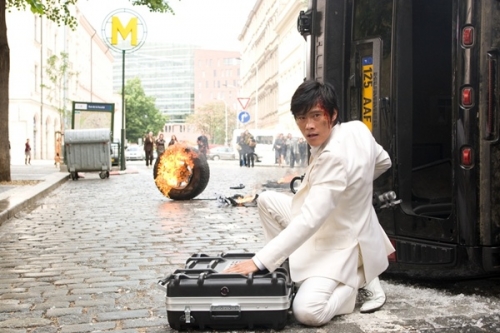 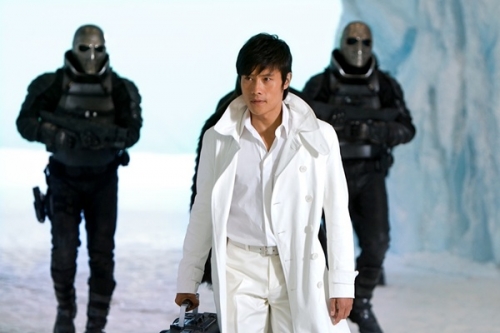 I have always been a sucker for action movies filled with explosions and fx eye candy, and Hollywood’s latest and greatest re-imagining established franchises from our childhood days are no exception. After finally seeing some unmasked Storm Shadow pictures, I’m counting down the days until August 7th!

« It's a Small, Not a Tall.
Koreans and the Small Face Phenomenon »

One Response to “Lee Byung Hun in G.I. Joe… Unmasked!”