I know that she’s ready, both mentally and physically. She meets all the requirements for potty-training, and more.

But at 3 years and 6 months old, my Aerin is still in diapers.

It is not for lack of trying. Books and videos. Pretty underwear she chose herself. Setting schedules. Going without diapers or underwear. Going full-on nude. Having her older sister (whom she shadows and copies all the time) demonstrate. Bribing. Begging. If you’ve seen it or read it online, I guarantee I’ve given it a go.

By this point, I know that it’s just a battle of wills. Because on the few occasions I have made her sit on the toilet — for up to FIVE hours — she still refused to go. And as soon as I gave in? She stood up and gleefully peed everywhere. 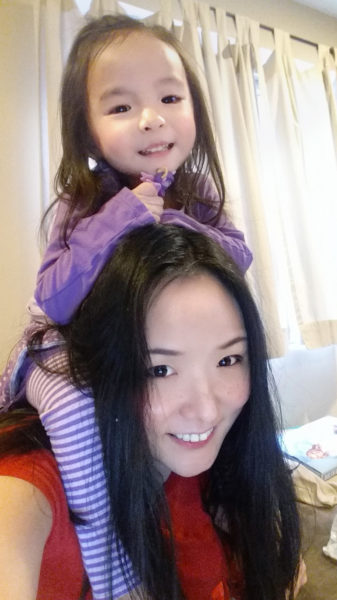 I’m frankly embarrassed, because I do not know any other kid in real life who still was not potty-trained at this age. Granted, she was developmentally delayed due to her illnesses and hearing impairment. And she is small for her age, clocking in at the 13th percentile for height and 8th percentile for weight. But this shouldn’t matter that much at her age, no?

This is honestly one of the most difficult things I’ve ever had to do as a mother — it’s just taking so long with no progress!

And I’m exhausted. I’m not doing so well physically myself with a bunch of health issues, one of which may involve surgery.

Aerin currently is, and has been for the past few months, full into her “threenager” phase. As such, she can get pretty sensitive and overly emotional even with the most mundane tasks and events. And I do not want her to associate the potty with negative emotions or memories.

So my plan for now is to keep trying, once a week. Let her go at her own pace. Hopefully in the near future, she will realize that peeing and pooping in a toilet is preferable to soiling her diaper.

That’s all I can do, right?

« Let's Get Some Kpop in Here!
What Would Your Name Be If You Were Born Today? »