Yesterday, two ladies from the state early intervention program stopped by our home.

NJ’s early intervention program assesses a child in the following areas of development:

In order to be eligible for early intervention services, the child must have delays of at least:

So it was confirmed: Aerin is developmentally delayed — enough so that she qualifies for our state’s early intervention program. 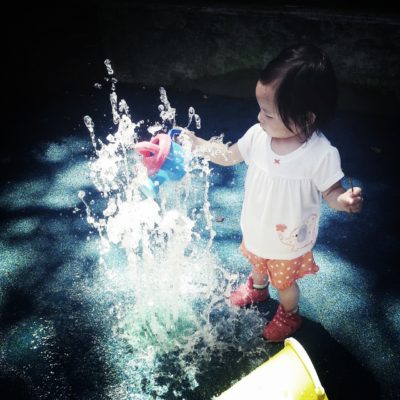 The woman who was in charge of the assessment observed the following things Aerin should or should not be doing at this age (currently 20 months old):

She noted that Aerin’s attention seemed to wonder often, and that the way she acts around, and interacts with others (i.e., wanting to do things her way rather than follow others or the rules that are set out for her) is at a level that is low for her age.

She asked me how often we participate in “structured play” and group lessons. I told her how I take her to the park and playground almost every day, how we’ve been attending arts & crafts sessions organized by the community center, how we schedule playdates, and how I do my best to teach her at home.

She replied that’s not enough.

She said that kids like Aerin need more activities like Mommy & Me classes — and that daycare would be beneficial too.

She told me a bunch of things that we could do to help Aerin along the way, and we scheduled an appointment for August 19th. That is when they will make a shorter, second assessment to see if she has made any progress, set goals for her, and start scheduling therapy sessions.

I’m not going to lie. I cried quite a bit last night.

Everyone tells me that kids progress at different rates. They tell me that it’s not my fault, that Aerin will catch up soon and that I shouldn’t worry too much.

But when you’re in the thick of things — when it’s just been confirmed by experts that your child is delayed and needs therapy to catch up to her peers — it’s difficult not to question just how this could have happened.

It’s difficult not to blame yourself. 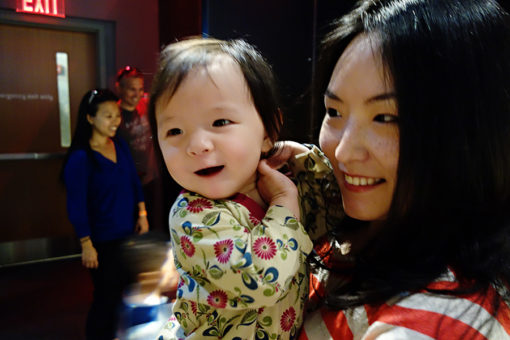 I know that it’s not fair to compare Claire to Aerin, but I feel like we lucked out with Claire because she is so bright and intuitive; she was able to learn so much and pick things up quickly and easily without too much involvement from me. And only now is my bad parenting manifesting itself by Aerin being delayed.

(For example, I tend to talk to my kids like they’re older than they are — not just with the words I use, but by also not talking all the time in hopes that they will learn the implied meaning between words. But the early intervention lady told me that I should constantly point out, explain, and narrate.)

Additionally, because our daughters are so close in age, I’m more paranoid than ever that neither of them are receiving the attention they deserve. My mother tells me that it’s not unusual in a family with kids that are just a year apart to have one child, or even both children, to present some difficulties as they mature. Is this true? No matter the answer, I’m now wondering if it would be more beneficial for both kids if I start working again while they attend a good daycare.

Then there’s the cost. I know money should always take second place to the well-being of our daughters, but Claire is starting a Montessori preschool in September so our budget is already tight as it is. (Northern NJ has some of the highest preschool rates in the country. The preschool I really want to send my kids is $3k a month!) The state will subsidize a good portion of Aerin’s therapy, but from looking at the paperwork I received, it looks like each session will be in the mid-$20 range. So it is likely that our out-of-pocket costs will be $200-$300 a month. We will definitely need to re-work our budget and cut back some.

I’m sure I’m probably over-thinking and over-stressing, as I tend to do in situations such as these. I’ll probably feel much better about it next week or even tomorrow. But for today, I’m letting myself be a worrywart, overanalyzing everything and be an paranoid, over-concerned mommy.

Then I will look forward. I will try my best to do everything the early intervention lady suggested, such as dividing toys into clear bins so that Aerin will be forced to point. To always guide her gaze to my mouth so that she can see what I’m saying. To constantly place my hands over hers and teach her to better interact with her world around her. To not to baby her so much.

(Gosh, now I’m getting worried that Claire will start to resent Aerin for all the extra attention she will be receiving!)

It won’t be easy, but I’m willing to help her however I can.

ETA:
I forgot to mention that when I asked about autism, they told me they’re not qualified to give a diagnosis. They said that I would need to get a referral from our doctor for a developmental pediatrician. Umm…where did the miscommunication occur? Nonetheless, they advised me to try to get an appointment right away if I was concerned, because the wait for a developmental pediatrician can be as long as 6 months in our area!