You guys, the Baltimore Ravens won the Super Bowl. My team was crowned the 2012-2013 NFL Champions. This may not seem like much to most people, but it’s a BIG FREAKING DEAL to someone whose two favorite teams (the Knicks and the Ravens) have yielded countless disappointments and heartaches for more than a decade.

I cried. Seriously, I had tears in my eyes as I saw the purple and gold confetti rain down on the Ravens and watched them accept the Lombardi Trophy.

(In my defense, I had had an extremely trying week in the days leading up to the big game; I was overly emotional and awfully tired.)

Today I am still recovering from the poo sundae that was last week and the ridiculous excitement of last night’s win. So when J sent me this link to a pretend Facebook conversation between NFL quarterbacks, I literally LOLed (more than once!) and knew that I had to share it here.

I guarantee you’ll love it even if you’re not a Ravens fan — anyone with any sort of knowledge on the NFL is sure to get a laugh out of this! 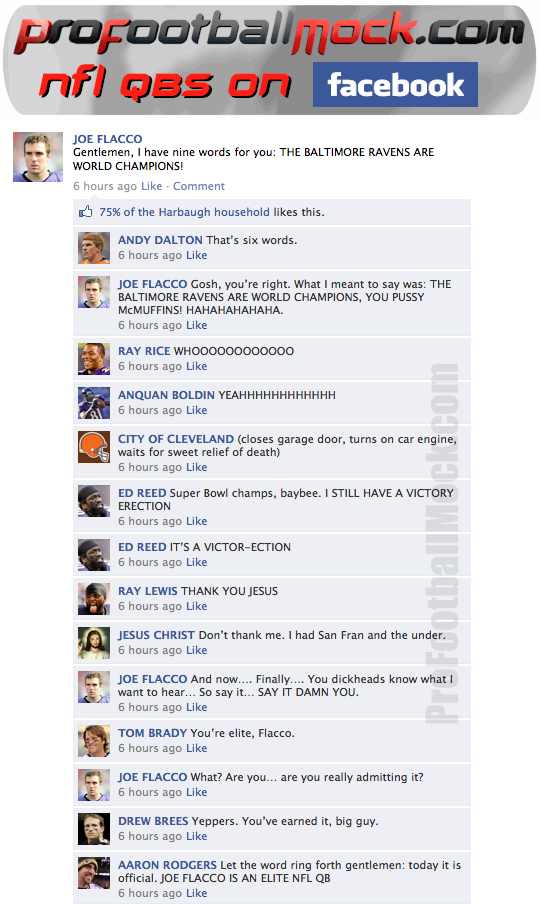 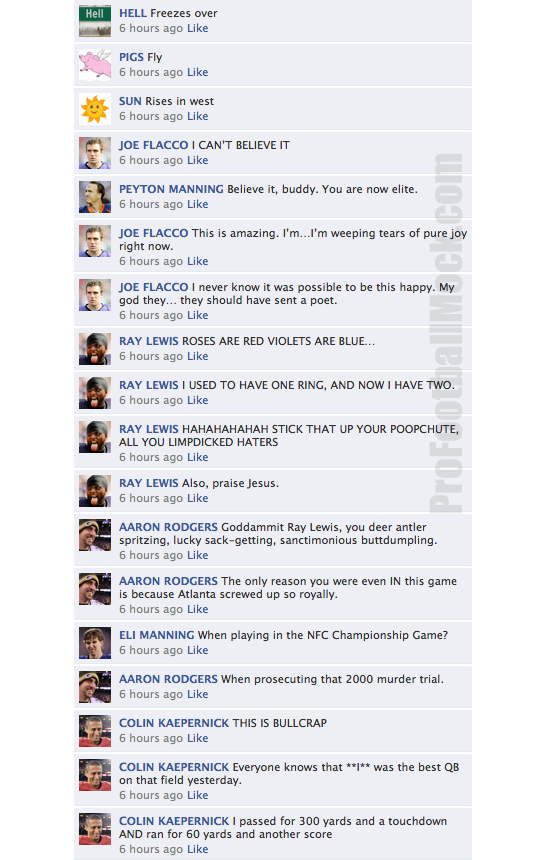 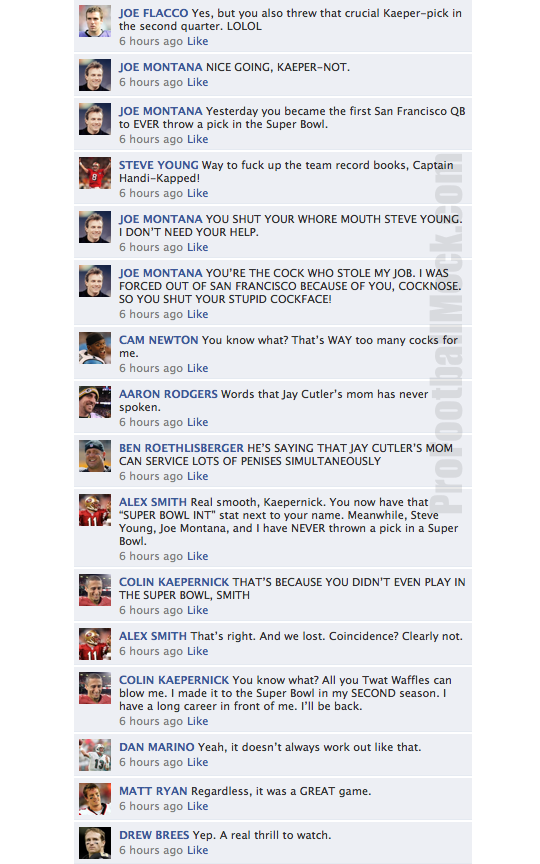 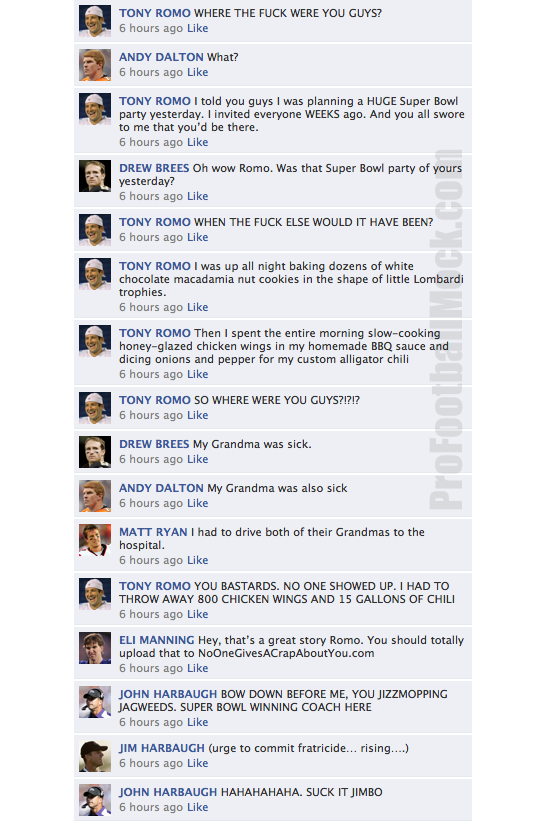 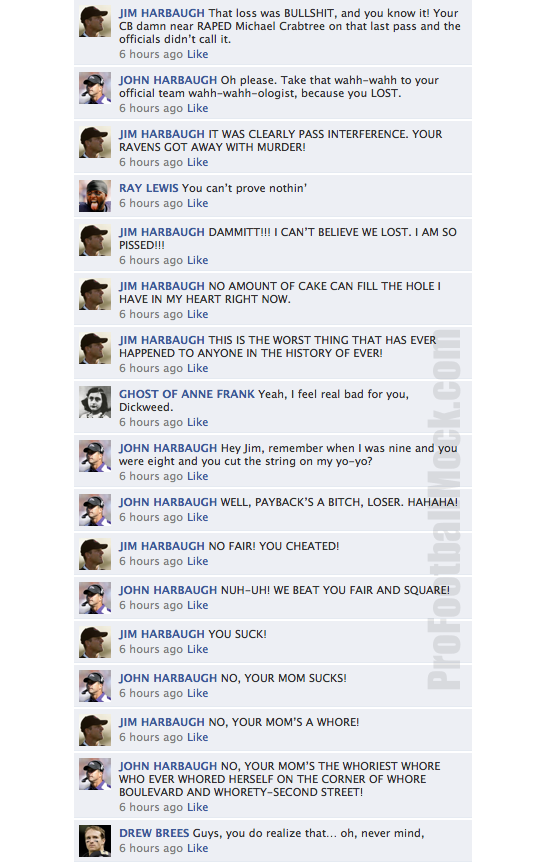 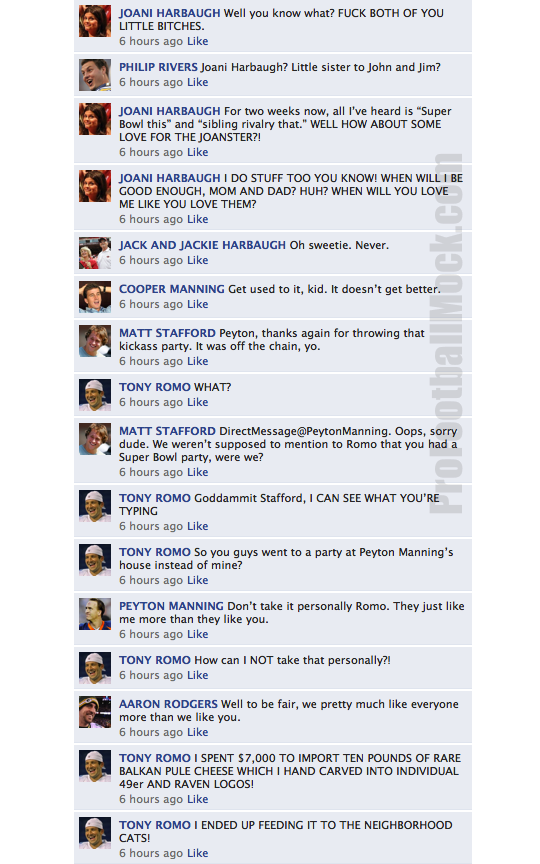 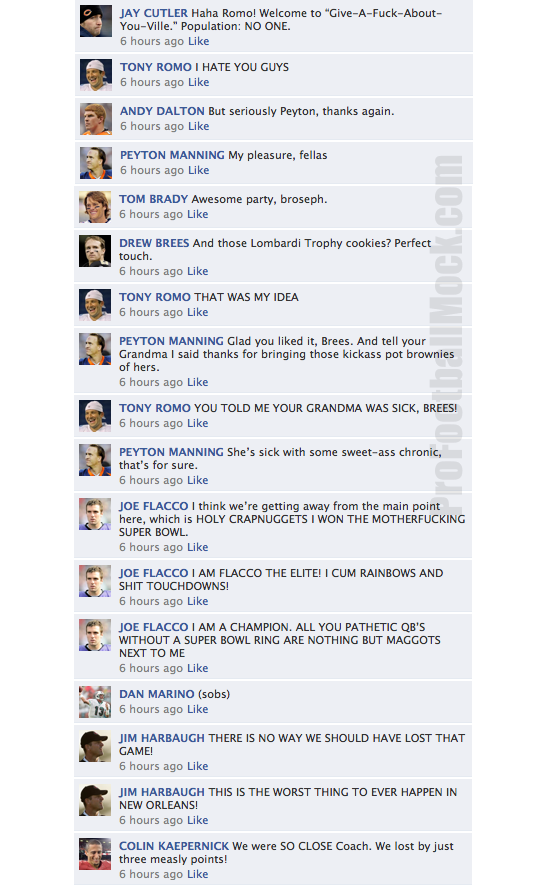 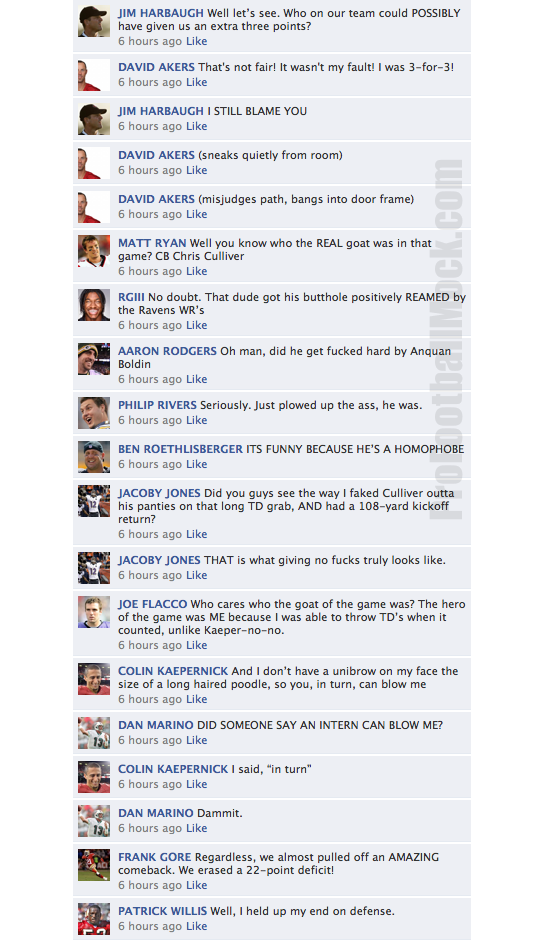 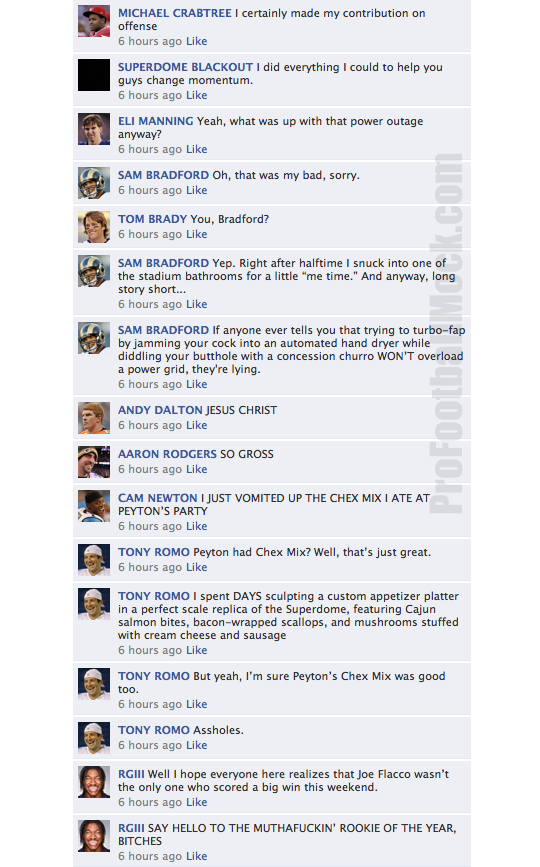 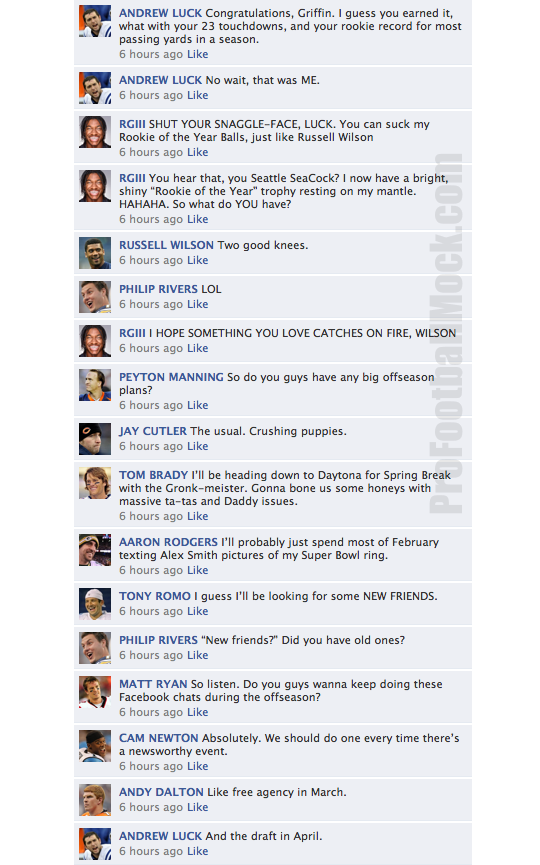 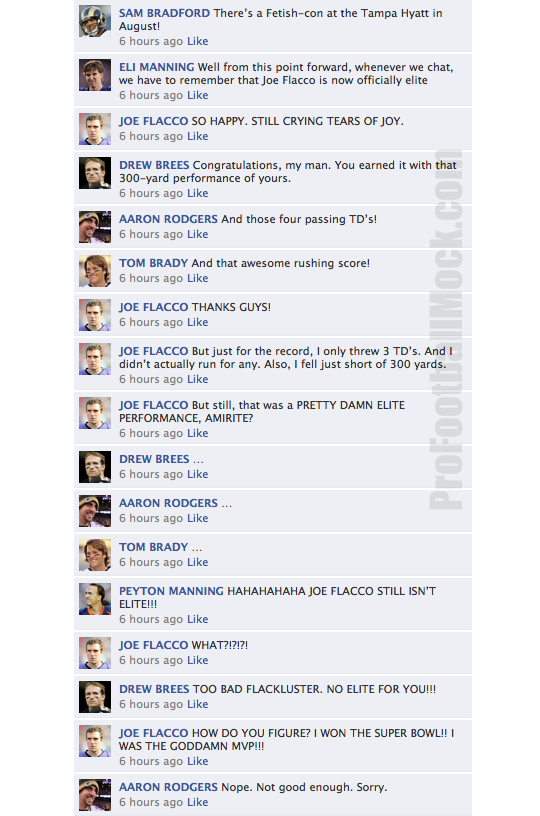 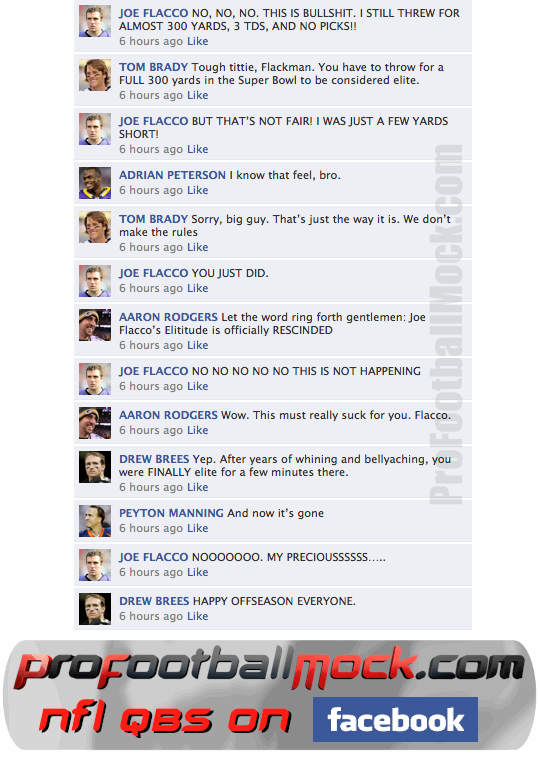