Pogo Sketch Stylus…For Those of Us Without Tablets!

Being a designer without a tablet can be a major PITA. I’ve always wanted one but never really got around to getting one of my own due to sheer laziness.

Besides, the lack of a tablet has led me to become pretty damn good with a mouse or trackpad.

Now, Pogo has released a stylus that can turn your laptop’s touchpad into a tablet! All for just $15! 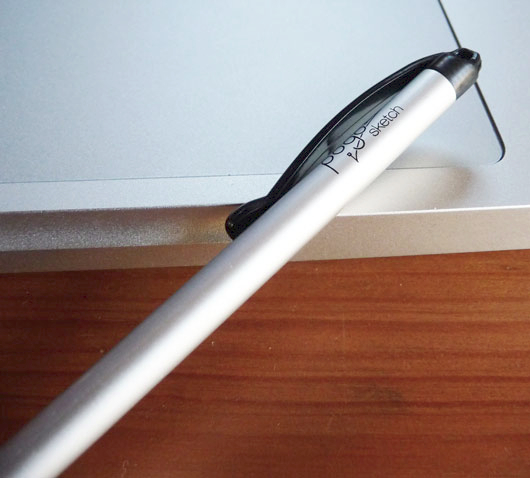 It’s too early to tell if the product is a worthy investment, but the idea is very promising!

« I Gots Myself a G1!
Christmas Lights Techno Show »