Lytro: The Camera That Lets You Shoot Now and Focus Later

In the past couple of days, the tech and photography world has been abuzz with news of Lytro, the focus-free camera that promises to change how you take pictures forever.

Lytro is the brainchild of a young Stanford Ph.D named Ren Ng. While the technology has existed since the mid-90s, Dr. Ng was able to take his award-winning dissertation research to adapt the imaging technique — “light field,” which once meant some 100 cameras in a room — for consumer use.

The basic premise of Lytro’s technology is such: the camera captures every ray of light, deflecting off every object at every angle, in any given image. Where traditional camera lenses “simply add up all the light rays and record them as a single amount of light,” the “light field sensor captures the color, intensity and vector direction of the rays of light.” 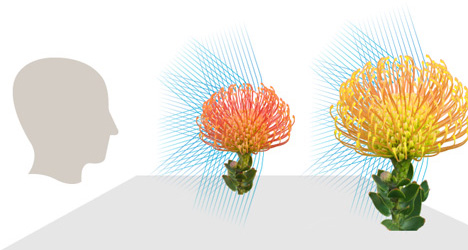 What the user gets then is a digital photo that is adjustable in an almost infinite number of ways. You can focus anywhere in the picture, change the light levels — and if you’re using a device with a 3D ready screen — even create a picture you can tilt and shift in three dimensions. 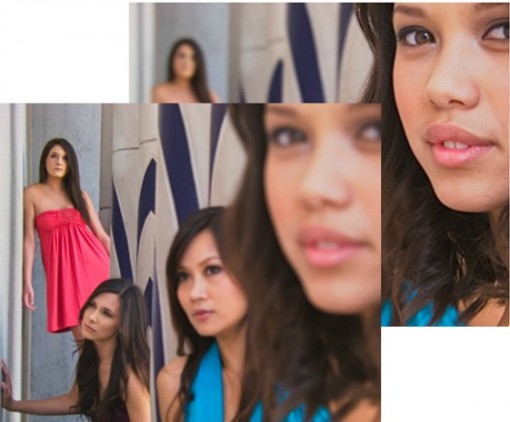 Immediately my first thoughts were that the digital files for each image would be HUGE, and that many computers may not have the power to manipulate such images.

However, Ng insists that the file size will be roughly comparable to the average size of today’s digital photos. Additionally, the brunt of the work will be handled by the camera’s own processors. And the hyper-sensitivity of its light sensor will allow the user to easily take pictures in low-light situations, even without flash.

Lytro’s website showcases a gallery of interactive photos which demonstrate the technology. Take a look at some of them below — by clicking anywhere on the image, you can change the focus accordingly. Especially impressive is the third image, where you can focus back and forth between a street scene and a reflected image on the glass.

The light field camera will not be available until later this year, but with the splash it is already making, I have no doubt that will once again make big headlines when it is finally released. (Obviously, I have added my e-mail to Lytro’s mailing list.)

« The Secrets of the U.S. Dollar Bill
Alice & Bob's Proposal »

3 Responses to “Lytro: The Camera That Lets You Shoot Now and Focus Later”