The Death of Yue Yue: Another Perspective

Last week, audiences all around the world were shocked by the viral video footage of a 2-year-old girl, Yue Yue, who was run over twice near a hardware market in Foshan, China, only to be ignored by as many as 18 passerbys before receiving help. 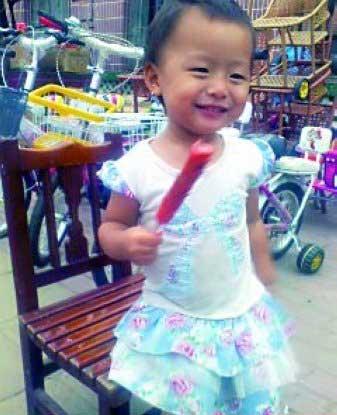 Yue Yue remained in critical condition for the next few days, but eventually succumbed to her injuries and died on the 20th.

I could not bring myself to watch the video because I knew that I would get overly upset and shed bucketfuls of tears. (Ever since becoming a mother myself, cruel and heart-wrenching stories of babies and children have always had this effect…and I’m sure that I am not alone.)

Today, I read that the two drivers responsible for the hit-and-run have been arrested. And while I am grateful that justice is being served, and still remain angry at those who chose to ignore the injured child, I could not help but think back to the conversation I had with my in-laws regarding this tragic event…

Upon first hearing of the 18 people who walked past Yue Yue without helping, I experienced a mixture of fury and sadness at the human condition. I was reminded of Kitty Genovese and wondered how the bystander effect could apply to even a 2-year-old child.

But when discussing the story over dinner last week, my in-laws told me a couple of things that set things in perspective:

This isn’t to say that I — or even my in-laws — believe what the 18 passerbys did was right. Neither am I justifying their actions (or lack thereof, in this case).

But now that I have been informed these cultural factors, I can better understand what had happened.

One sad result of Yue Yue’s case has been the finger-pointing and blame that has been running amok in the various websites and news outlets that have run the story. “This is why I hate Chinese people,” is a common one. But I hope that at least one person who has felt the need to blame an entire city, state, or race for the tragic event will read this post, and realize that things are not always so black-and-white.

« Vampires vs. The One Percent
Working With Dogs »

15 Responses to “The Death of Yue Yue: Another Perspective”